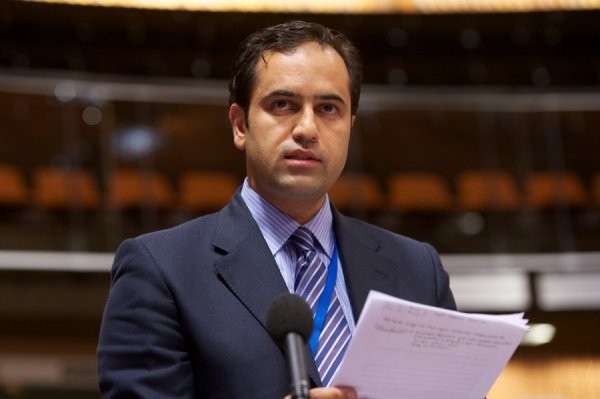 The Turkey-EU Joint Parliamentary Committee co-chairman and Justice and Development Party (AK Party)'s Istanbul deputy, Ahmet Berat Çonkar released a press statement on Saturday, criticizing Kati Piri, the rapporteur for Turkey at the European Parliament, for her statements a day earlier in which she said the approval of the bill to remove some deputies' immunities was a "major leap away from democratic standards".

Piri has been many times criticized by Turkish officials for "losing her neutrality on Turkey's issues" and taking a biased stance in some issues, mainly pertaining to the PKK terrorist organization.

Çonkar said on Saturday that Piri's statement a day earlier regarding the lifting of immunities was "baseless". Çonkar said, Piri was far from understanding Turkey's situation as she was turning a blind eye to the damages the PKK terrorist organization was causing upon locals in southeastern Turkey. Also, Çonkar accused Piri of taking a biased stance since she was defending the Peoples' Democratic Party (HDP) which Çonkar said was acting as if it was "an extension of the PKK".

Piri wrote on her Twitter account on Friday, "Dark days in Turkey. Silencing elected MPs of the opposition HDP is a major leap away from democratic standards."

Çonkar however pointed out that the bill was to remove protection from deputies who have only criminal proceedings lodged against them and deputies from all the four parties in the parliament had such proceedings waiting to be processed. Çonkar said, "As a result, this development could only be bad news for deputies who have committed crimes."

He also assured that despite this new development, deputies still do not carry a legal responsibility for the results of voting and their saying in the parliament and its bodies.