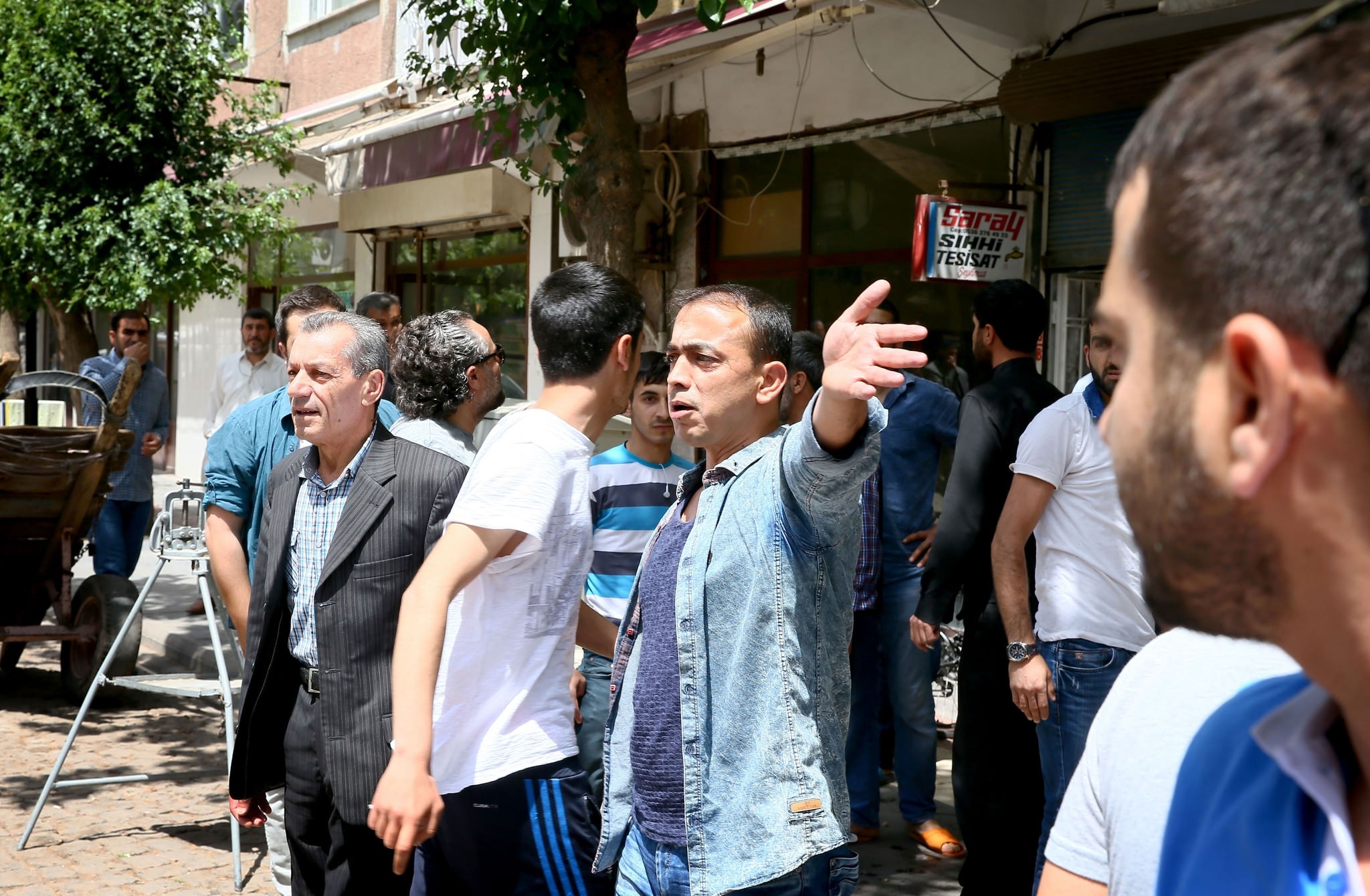 A group of Peoples' Democratic Party (HDP) deputies were protested on Sunday during their visits to businesses at the Sur district of Turkey's southeastern Diyarbakır province.

HDP Deputy Chairman İdris Balüken and accompanying HDP deputies, including Nursel Aydoğan and Sibel Yiğitalp, paid a visit to the neighborhoods in the area for which the previously imposed curfews were lifted as of Sunday.

During the visit, a group of shopkeepers on Hz. Süleyman Street protested the HDP deputies, booing them.

"Why do you come here? Go away from here," they shouted.

Meanwhile, the police intervened before the tensions escalated.

The curfew was imposed in five neighborhoods of Sur for security of citizens during operations launched by the security forces on Dec 2, 2015 to eliminate barricades, ditches, and implanted explosive devices by the PKK terrorists. On Sunday, the curfew was lifted in 15 streets of three neighborhoods, beginning at 8 a.m.

HDP has been criticized for its inability to disconnect its political stance from PKK terror organization.