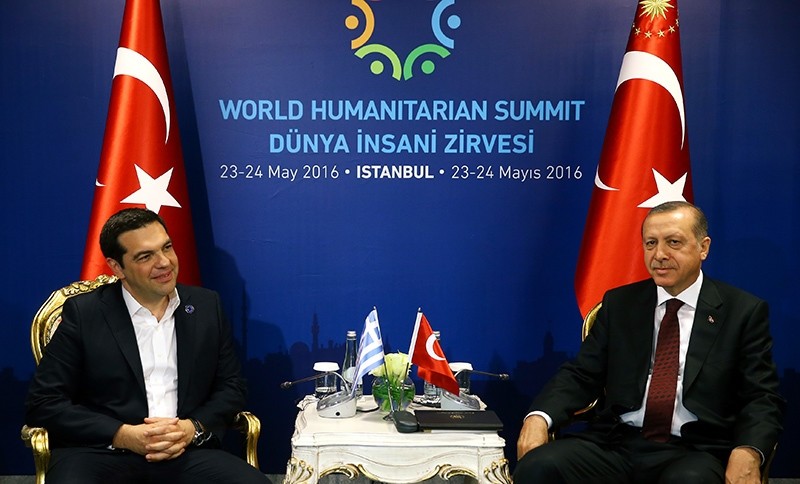 President Recep Tayyip Erdou011fan, right, and Greek Prime Minister Alexis Tsipras, sit prior to their meeting at the World Humanitarian Summit in Istanbul, Monday, May 23, 2016 (AP Photo)
by Daily Sabah May 24, 2016 12:00 am

President Recep Tayyip Erdoğan on Monday teased Greek Prime Minister Alexis Tsipras about a tie he previously gave him as a gift, as the two leaders met in Istanbul for the World Humanitarian Summit.

Shortly after Erdoğan welcomed Tsipras, he asked him about the tie he gave to Tsipras.

"Where is the tie?" Erdoğan said, and added: "I gave it to you as a gift, remember?"

Tsipras smiled and responded by saying that he would wear it next time the two leaders meet.

In 2015, Italian Prime Minister Matteo Renzi also presented Tsipras with a tie after meeting in Rome.

The Syriza leader has reportedly pledged to go open-collar until his country's debt problem is resolved.