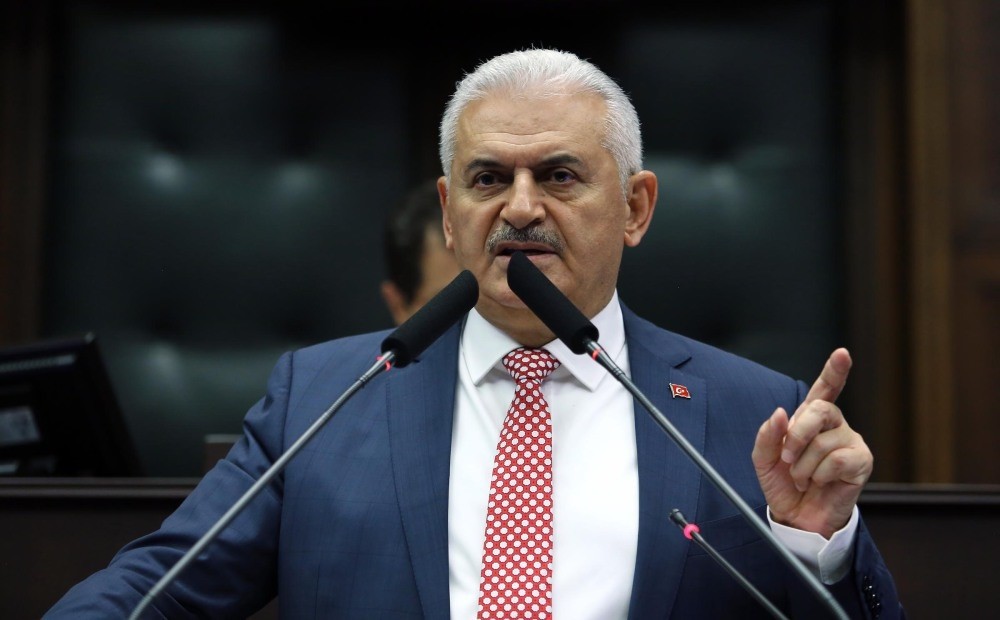 Regarding a statement from newly elected Prime Minister Yıldırım in which he indicated that the government aims to decrease foes and increase allies, experts said enhancement in foreign policy will continue along with stressing the necessity for flexibility

Following the announcement of the 65th government, newly appointed Prime Minister Binali Yıldırım spoke at the Justice and Development Party's (AK Party) parliamentary group meeting yesterday where he signaled changes to the government's current foreign policy and said he would like to "decrease the number of our [Turkey's] enemies and increase the number of allies." Yıldırım further stressed the issue of Turkey's ongoing fight against terrorism and terrorist organizations, emphasizing that a new constitution and presidential system iare necessary. He vowed to immediately start work to change Turkey's current Constitution, which was established two years after the 1980 military coup, Yıldırım added: "The most important task of the AK Party parliamentary group is to better fit the Constitution to the actual state of the elected president's relationship to the people." Yıldırım, who was the sole candidate at the AK Party's emergency convention on Sunday, was elected as the new prime minister on Tuesday as he addressed AK Party members and supporters at the party's parliamentary group meeting.

Touching on Turkey's current foreign policy, Yıldırım vowed that, as prime minister, he will enhance Turkey's cooperation with its allies, noting that "Turkey has a lot of issues, including regional ones. The conflicts and issues related to the European Union, Cyprus, and the Caucasus increase Turkey's significance on the international stage; especially due to its geographical position in the region. We are aware of this. What we will do is simple: we will increase our number of allies, and decrease the number of our foes. As we have throughout history, Turkey is a country that stands by the oppressed and history has left us very important responsibilities in the region."

The director of the Ankara-based Foundation for Political, Economic and Social Research (SETA) Burhanettin Duran told Daily Sabah that Yıldırım's declaration is not a new development, as Turkey has actively been seeking ways to enhance its foreign policy. Duran said, "Turkey's foreign policy was tested with difficulties following the chaos and uprising that came along with the Arab Spring. Turkey seeks to enhance its relations with its allies; as we have already seen with the recent start of the normalization process with Israel." Emphasizing that Yıldırım's remarks signal that foreign policy reform is ongoing, Duran also added that normalization with Egypt may take time, adding that there will be no recovery with the Assad regime.

Also commenting on Yıldırım's remarks, Şaban Kardaş, the director of the Center for Middle Eastern Strategic Studies (ORSAM), said that "perhaps it is merely a coincidence but this statement seems similar to Obama's foreign policy. However, currently, strategic flexibility is what Turkey needs in terms of its geographical conjuncture, meaning it needs to increase its number of strategic partners to increase it options in certain situations." Addressing the general perception that foreign policy problems will disappear immediately following Ahmet Davutoğlu's exit, Kardaş said, "It is not an easy task, as our relations with Israel and Egypt are not going to change overnight." Pointing out that there should be a founding principle and some flexibility in order to handle foreign policy regarding Israel and Egypt, Kardaş also added that Turkey needs to establish flexible responses to foreign issues, emphasizing that the foreign policy deadlock will not disappear immediately.

Commenting on the ongoing crisis in Syria, Yıldırım said, "This meaningless war has cost hundreds of thousands of lives. And some of them risked their lives to save themselves by escaping on dinghies in the sea with babies and the elderly and many people lost their lives during those attempts." He also addressed Turkey's position regarding the aid and support for Turkey's 3 million Syrian refugees, vowing that there will be unity in the country. Yıldırım's remarks also emphasize the government's determination to combat terror. He stated that "Terror, which consumes the energy of our country, threatens the peace and security of our nation and is one of the most important items on our agenda. Here, I announce once more that our nation should be comfortable and that we will definitely save Turkey from terror." Noting that the government's counter-terror operations are to "continue until the bloody terror organization ends its armed attacks against civilians," Yıldırım said, "It will absolutely continue until the security of citizens' lives and properties are guaranteed. It is to continue until the weapons are completely laid down and eliminated." He said the government's devoted efforts in combating the Gülenist parallel state structure (FETÖ) is ongoing and will continue by "making no concessions." Yıldırım also said, "Turkey cannot reach its 2023 goals without a new constitution." He vowed to immediately start working to change Turkey's current constitution and switch to a presidential system. "This is not just the matter of our president; this issue is the future of the Republic of Turkey."