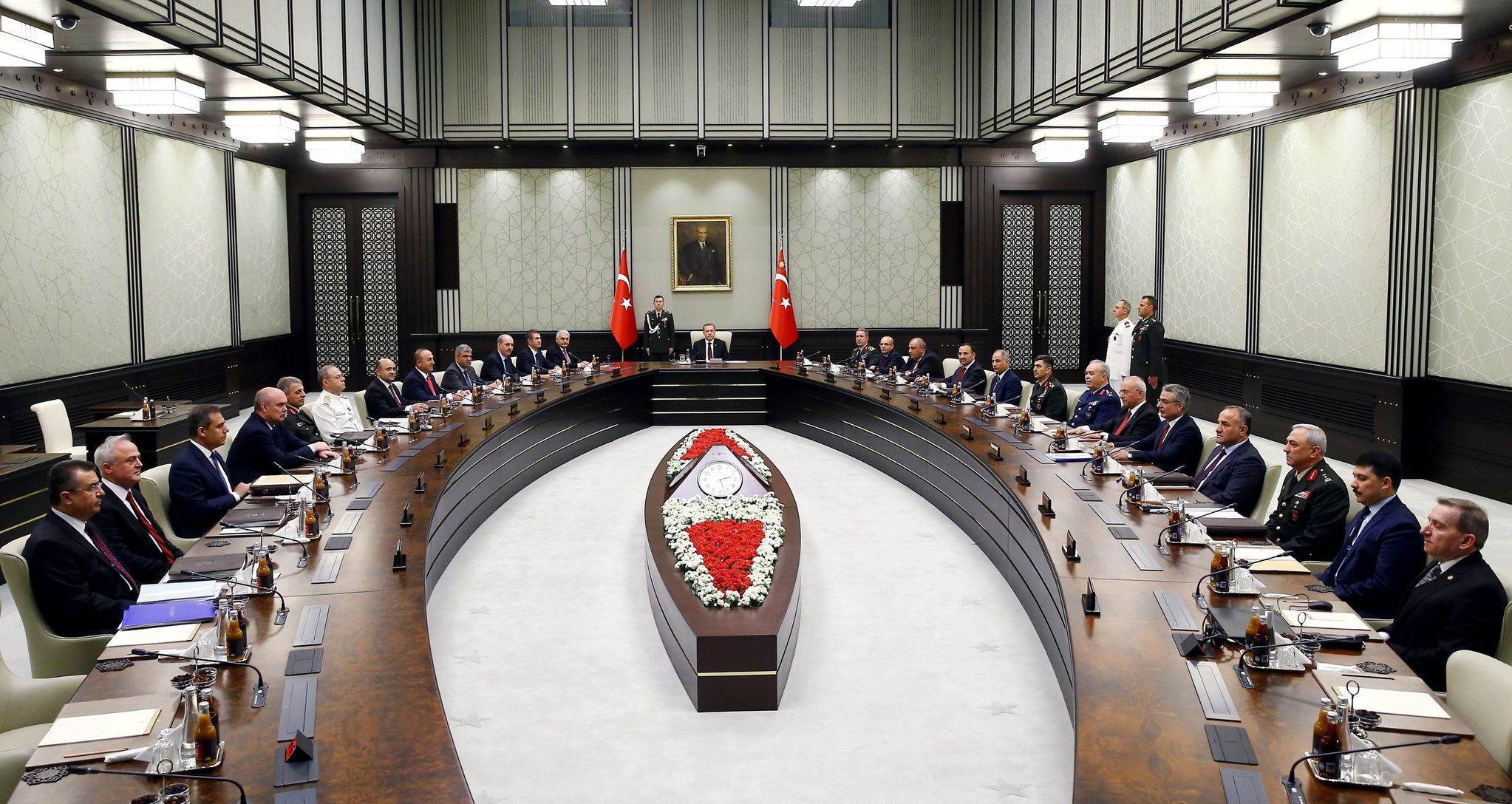 The closed meeting held under the presidency of President Recep Tayyip Erdoğan in the Presidential Complex in Ankara lasted about 5,5 hours and was attended by deputy premiers, the ministers of Justice, Internal Affairs, National Defense and Foreign Affairs.

The statement released after the first MGK meeting of the 65th government, also attended by newly appointed Prime Minister Binali Yıldırım, said that the issues concerning ensuring and maintaining public order, citizens' peace and safety was discussed comprehensively. The statement also emphasized that the terror organization had failed to gain support from citizens living in southeastern Turkey and is far from representing any segment in society.

The council also underlined that European countries' decision to allow PKK's Syrian affiliate Democratic Union Party (PYD) and its armed People's Protection Units (YPG) to open branches in Prague, Stockholm, Berlin and Paris gives courage to terrorists who have shed blood in Turkey. The statement added that Turkey expects those countries to reconsider the decision.

According to the statement, recent Daesh terror attacks targeting Turkish territory were discussed at the meeting while the council reiterated the need for establishing a no-fly zone in northern Syria.

Ankara has long called for a safe zone in northern Syria to protect civilians from airstrikes.

The MGK statement also said that the government was informed about the latest developments in the Middle East and North Africa, especially Syria, Iraq and Palestine. The statement also underscored the necessity of confidence building and deterrent measures to be taken by NATO for all members of the alliance, ahead of the NATO Summit to be held in Warsaw.

"The council was informed on racist incidents, which range from Islamaphobic hate speech to assault, in recent years in European countries and the United States, which pose a threat to world peace; measures to be taken against [these kinds of incidents] in the fields of politics, law, media and non-governmental organizations were also discussed," the statement said.