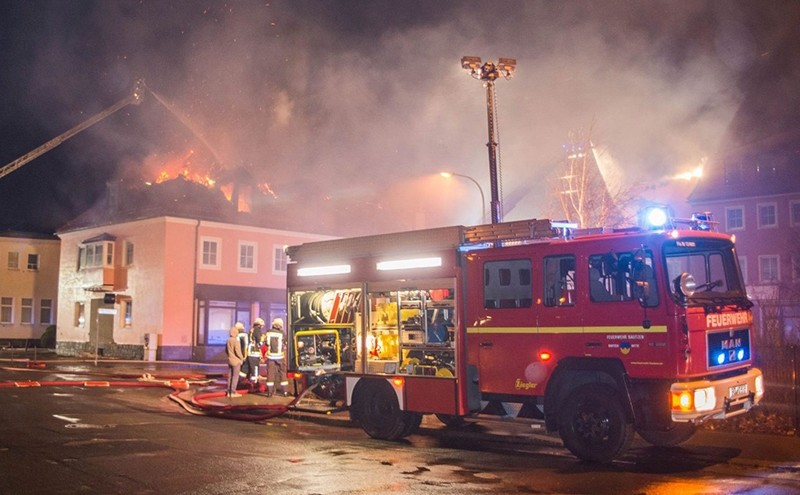 Ankara has concerns about the rise of xenophobia and Islamophobia in Europe, according to a written statement from the Ministry of Foreign Affairs on the 23rd anniversary of the Solingen massacre.

"Once again, we would like to emphasize the concerns we have about the racism, xenophobia AND Islamophobia that have seriously increased in Europe in the recent period." The statement was released in memory of five Turkish citizens living in Germany, who were slaughtered in an arson attack in 1993 in Solingen province. "We wish that such deplorable incidents do not take place again."

Stressing that high-profile people and politicians in Europe should act responsibly, the ministry said they should not incite hatred or discrimination.

Unidentified men attacked four migrants late on Monday in Germany in the province of Frankfurt an der Oder in the state of Brandenburg. According to the police report, the men started by insulting the migrants, and then one man punched the face of the youngest, a 17-year-old refugee from Syria. Recently, Germany has been struggling to cope with the rise of xenophobia and hate towards migrants.

With the migrant influx sharply down in recent months, the rightwing, populist Alternative für Deutschland party (AfD) has aligned itself with the xenophobic and anti-Islamic Patriotic Europeans against the Islamization of the Occident (PEGIDA) street movement. "Islam is not part of Germany" ran a headline in an AfD policy paper, a policy that some 2,400 members voted for in a party congress in the western city of Stuttgart.

A recent report published by the Foundation for Political, Economic and Social Research (SETA) shows surging Islamophobic activities in the political environment, media outlets, on streets and in business life in 25 EU countries, while hundreds of Muslim Europeans report encountering hate speech and physical attacks in daily life.

Compiled by Enes Bayraklı and Farid Hafez, the 582-page report, which can be found in full on SETA's website, includes the European Islamophobia Report's (EIR) nation-based findings on Islamophobic activities.

The report describes the Charlie Hebdo and Saint-Denis terrorist attacks in Paris in 2015, and the increasing refugee and migrant crisis, as turning points in the spreading of Islamophobic attitudes and hate speech in EU countries. Islamophobia is considered a strong driving stimulus behind the radicalization of young Muslims in Europe.