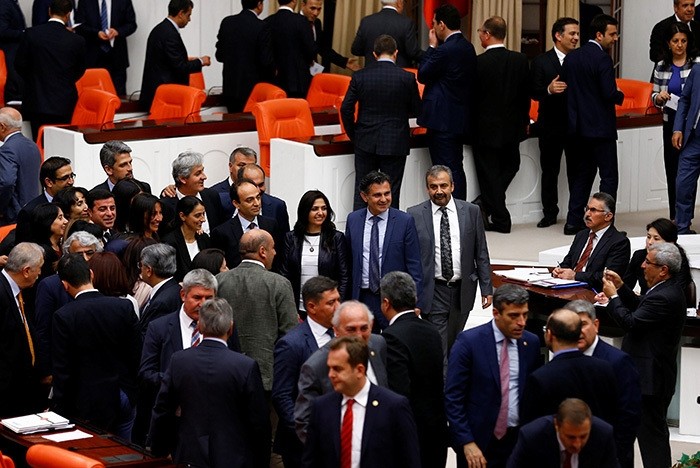 Turkey's Constitutional Court in Ankara rejected on Friday petitions filed by Turkish opposition lawmakers, which called for the annulment of a law that allows lifting of MPs' legal immunity.

The court, which merged separate petitions of the Republican People's Party (CHP) and Peoples' Democratic Party (HDP) deputies about the case, said the detailed decision would be released later Friday.

On May 20, Turkish parliament passed two articles of a temporary amendment to the constitution that allows the lifting of immunity from prosecution of 138 deputies, who face criminal charges.

Out of the 138 lawmakers facing criminal charges, 27 belong to the ruling Justice and Development (AK) Party, 51 from the CHP, 50 from the HDP, nine from the Nationalist Movement Party (MHP), and one independent deputy from Ankara.