Ankara to EU: No visa-free travel, no readmission agreement 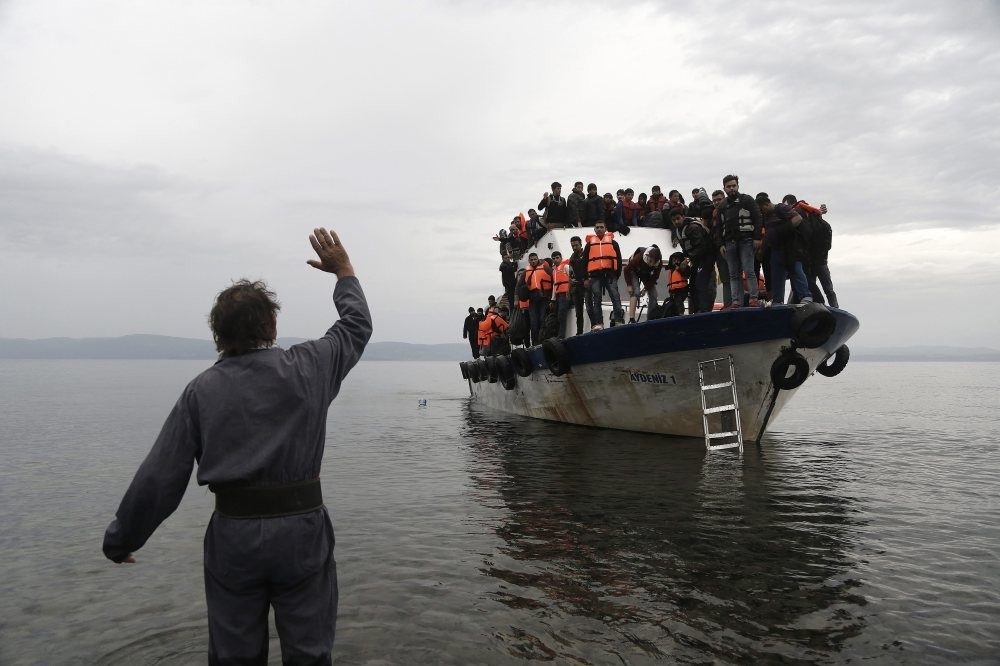 Foreign Minister Mevlet Çavuşoğlu said on Tuesday that Turkey would cancel the readmission agreement if the EU does not grant visa-free travel to Turkish citizens. In a live televised interview, Çavuşoğlu said that the decision taken in the German Federal Parliament concerning the 1915 Armenian incidents is a pre-planned move. Stating that Parliament has delayed voting for the very same draft until now, Çavuşoğlu indicated that the German coalition changed its mind to prevent collateral damages. "Here, the big parties in the coalition, as well as, their leaders are responsible for that. It is not possible to attempt to punish Turkey. First of all, this draft is neither binding nor forceful but they are trying to send a message to Turkey," he added.

Regarding the process of visa-free travel and Readmission Agreement negotiations, Çavuşoğlu said that Turkey is willing to apply both agreements, stressing that Turkey has fulfilled 67 of the 72 required criteria. The minister added that the agreements have taken yet another turn, expected to be discussed once more on Tuesday between both parties. The foreign affairs minister emphasized that an agreement regarding the five criteria is necessary, saying that "Otherwise, if the EU does not grant visa-free travel, we will suspend the Readmission Agreement. This is not a threat, the two agreements have to be applied together."

Stressing Turkey's expectations regarding the terror law of the EU, Çavuşoğlu said,"We would not take any steps to support or to incite those terrorist who explode bombs even within the month of Ramadan," said Çavuşoğlu. Indicating that the current attitude of the EU damaged the trust of Turkey's general public towards the union, the minister indicated that Turkey is still willing to cooperate in the fight against terror. Drawing attention to the different perspectives of the U.S. and Turkey over the Syrian PKK-affiliate Democratic Union Party (PYD), Çavuşoğlu stated that a joint and powerful course has to be set for the fight with DAESH.

Defining the Euphrates River as Ankara's "red line," the minister clarified that Turkey will not accept any YPG members after the termination of operations. Also, the U.S. government gave guarantees, stating that Turkey would strongly support Mosul being seized from DAESH, Çavuşoğlu further added that a mandate of the Turkish military that allows military action in Syria and Iraq will be renewed in Parliament in the coming days. "We also have a mandate for military action in Syria and Iraq, ending on Oct. 1, which we will bring up again in the Parliament."Regarding Turkish-Israeli normalization talks, minister Çavuşoğlu said that Turkey is one or two meetings away from normalizing ties with Israel, stressing the importance of removing the obstacles faced by Palestine and Gaza for Turkey.
RELATED TOPICS