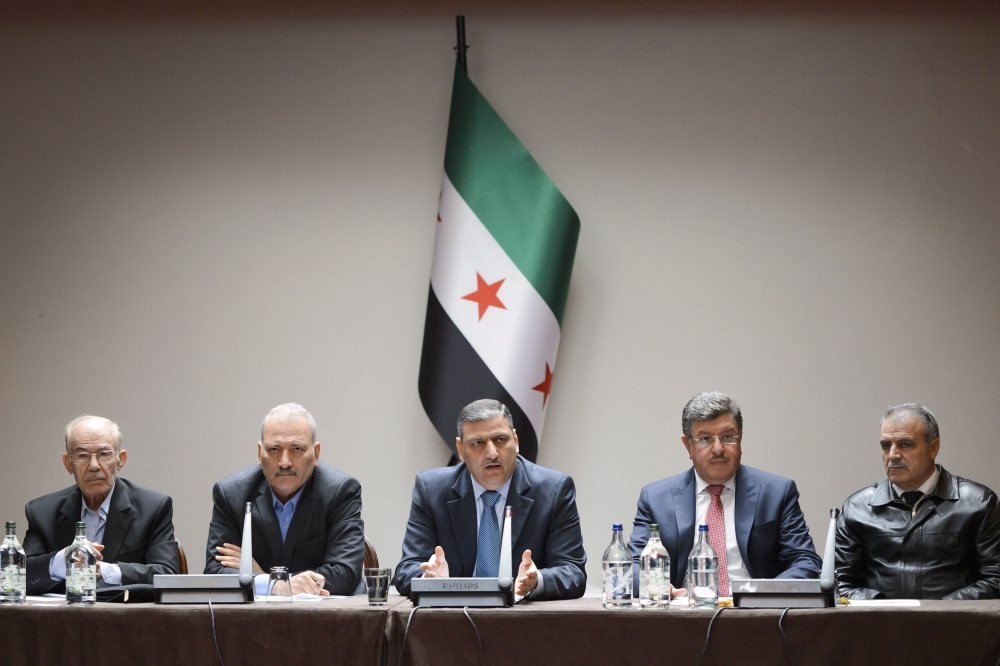 A representative of the Syrian opposition's High Negotiations Committee (HNC), Mohammed Alloush, announced on May 29 that he was resigning over what he called the failure of the U.N.-backed Geneva peace talks to bring a political settlement to ease the plight of Syrians living in besieged, opposition-held areas. HNC Chief Coordinator Riad Hijab arrived in Ankara on Wednesday to hold official talks with Foreign Minister Mevlüt Çavuşoğlu.

Although U.N.-backed parties have not set a date for the resumption of peace talks after the HNC suspended their participation until the situation on the ground radically changes, another figure from the Syrian opposition, Anas al-Abdi, the head of the Syrian National Council (SNC), also met with Çavuşoğlu on Wednesday in Ankara to discuss the latest developments and the peace negotiations.

While top Syrian opposition leaders met with Çavuşoğlu, reports from Kurdish sources indicate that the U.N. special envoy for Syria, Staffan de Mistura, sent a detailed letter to the Democratic Union Party (PYD) on Sunday inviting it to be involved in the next round of negotiations.

Despite the U.N.-backed peace talks in Geneva failing to find a solution, Hijab met with Çavuşoğlu to evaluate the latest developments regarding the negotiations as well as the current situation in Syria caused by the regime and the Russian airstrikes.

Syrian sources have reported that Hijab proposed a complete cease-fire earlier last week between opposition fighters and regime forces during Ramadan. Çavuşoğlu had received the Abdi who conveyed his appreciation to Turkey for its support. They also discussed the developments in Syria and exchanged opinions about the peace talks.

Although the date for the next round of peace negotiations remains undecided despite de Mistura saying that they will be held on May 30, a report by Kurdistan24 indicated that Sihanouk Dibo, a PYD advisor, said de Mistura sent a detailed letter to the PYD. Dibo said: "De Mistura's letter contains 29 points explaining the roadmap of the transition period for Syria, and I confirm that the PYD is involved in the upcoming round of Geneva talks."

However, Ankara has repeatedly voiced its concern over the PYD's affiliation with the PKK and the sharing of logistical information and weaponry between them. Ankara was able to prevent the PYD from being invited to the earlier peace talks over its concerns regarding the group's ties to the PKK, whose fight against the Turkish state has led to 40,000 deaths over 30 years.
RELATED TOPICS