New radar, air defense systems to be installed on Turkey's border with Syria 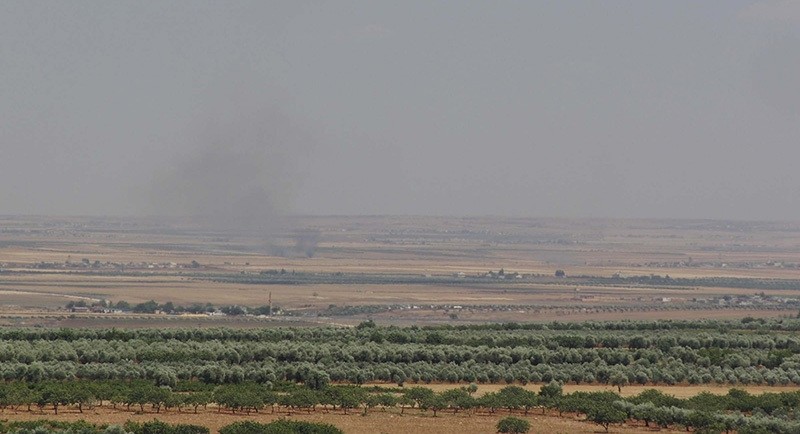 Turkey is set to install new air defense systems at the Elbeyli border crossing in southeastern Kilis province, as rocket attacks originating from Daesh-held territory across the border in Syria have claimed the lives of 21 civilians in the province this year.

According to reports by Turkish daily Habertürk, the systems will now be installed at the Elbeyli border crossing in Kilis.

Korkut, which has a rate of fire of 1100 rounds per minute, is expected to destroy rockets some four kilometers before they hit the ground, in cases where they are unnoticed by unmanned aerial vehicles.

Meanwhile, efforts to seal off a 70-kilometer strip of Turkey's border that stretches from just east of the Turkish town of Kilis to Karkamış were nearing an end, while a physical security system will soon be installed. According to reports, the wall's construction continues in the southeastern provinces of Kilis, Gaziantep, Hatay, Şanlıurfa and Mardin.

The structure, 70 percent of which is now complete, will be five meters high – including four meters of concrete and a meter of razor wire.

The border will be monitored on a 24/7 basis with unmanned bubbled surveillance systems dubbed "mini zeppelins," also developed by Aselsan.

The surveillance system enables immobile facilities such as small units and posts to monitor local security and give early warnings. Coming in two different models, the surveillance system can convey images over a 360-degree area in real-time to the control station, with day and night cameras.

Daesh rocket attacks have claimed the lives of 21 since Jan. 18, including eight Syrians, in Kilis, while more than 80 people have been wounded, prompting the military to respond with artillery.