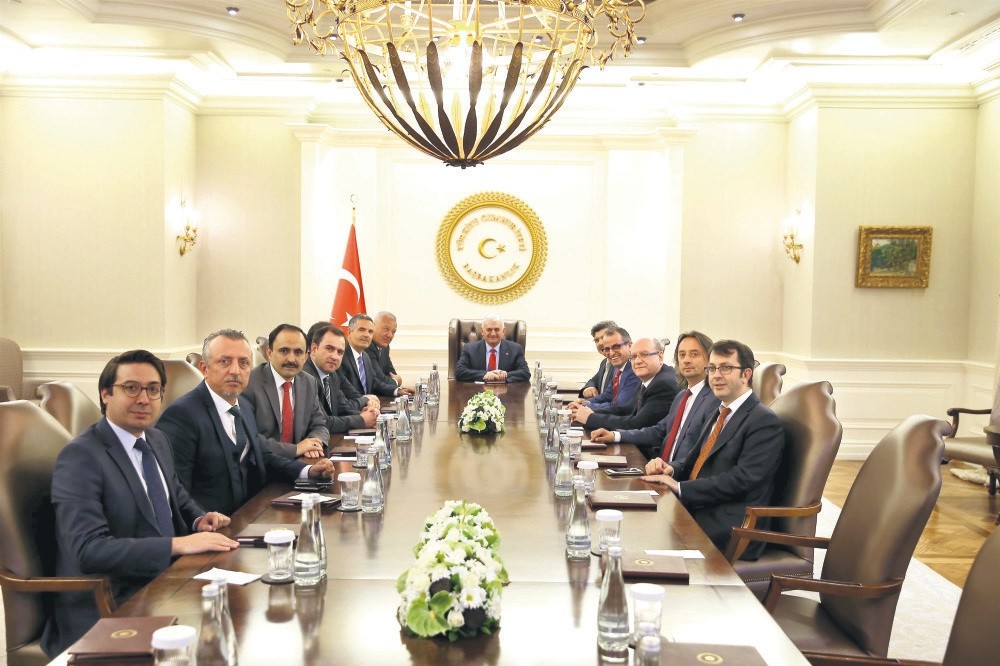 Prime Minister Binali Yıldırım said that there is an ongoing plan in the region to put Turkey in a rough spot, which he said is backed by Bashar Assad's regime in Syria. Hosting editors-in-chief of newspapers at an iftar dinner in Ankara on Wednesday, Yıldırım commented on various issues. "The aim is to put Turkey in a tight spot," Yıldırım said, claiming that there is a strategy to create a canton along Turkey's southern border that is not only limited to the Syrian PKK affiliate Democratic Union Party (PYD), but also others. Yıldırım contended that some states want to create instability in the region by instigating the people after forming an independent Kurdish state.

"There is such a plan, but we are following it closely. We will never allow this plan to be realized," he said.

He also said the plan targets Turkey's geopolitical and strategic importance in the region.

Commenting on Turkey's sour relations with some countries, Yıldırım said relations between countries are strained from time to time, but there is never continued hostility. "The situation with Russia is the same. We are right. Our borders were violated. Of course we do not make concessions to that," he said.

He added that the two countries should not continue on this path, which, according to him, will harm them both. "[T]here is no problem between the peoples of [Turkey and Russia]," he said.

Amid messages from Ankara and the Kremlin, Yıldırım said steps are taken bilaterally. "It is very significant that [Russian President Vladimir] Putin said that they want to normalize ties. Diplomacy makes progress."

Ties between Washington and Ankara have been strained over American alliances with the PYD and the YPG, with the U.S. insisting that these groups are effective partners in the fight against DAESH.

Ankara has frequently voiced its concern over YPG activity along the Turkish border and has been rigid in its stance to not allow the PYD militant group to found any de facto Kurdish state in northern Syria. Turkey claims the PYD enjoys close connections with the PKK, including militant and ammunition support through underground tunnels. Ankara has repeatedly reiterated that there are clear and organic links between PKK, which is listed as a terror organization by the U.S. and EU, and the YPG.
Last Update: Jun 17, 2016 12:02 pm
RELATED TOPICS