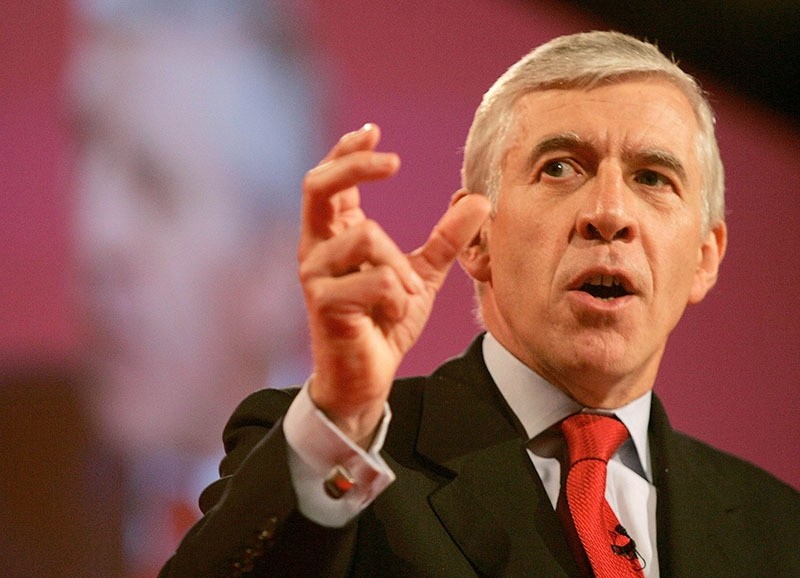 Jack Straw, who served as Britain's top diplomat in 2001-2006, said he was surprised the issue had been used to argue against the U.K.'s EU membership by politicians who were previously supportive of Turkey.

"This is the first time that Turkey's EU application has ever been an issue for a vote in the U.K. and it was a surprise to me, not least because many of the people who are on the Brexit side are on record as being in favor of Turkish EU membership," Straw told Anadolu Agency in a telephone interview.

"And I can read you out [statements] coming from Boris Johnson about that," he said, referring to the former London mayor who was previously supportive of Turkish EU membership but now argues it is a reason why Britain should vote for Brexit.

Supporters of a British exit from the EU have used Turkey prominently in their electioneering ahead of next Thursday's referendum.

Vote Leave, the officially recognized campaign group, has run a poster and social media campaign alluding to how far Turkey's borders would extend if it became a member.

"Turkey (population 76 million) is joining the EU. 23 June is your last chance to vote on sharing our borders with Syria and Iraq," the poster reads.

Another Vote Leave poster campaign appearing on billboards across Britain in recent weeks claims, "Turkey is joining the European Union" above the image of a passport in the shape of an open door.

Straw, who supports Britain remaining an EU member, said: "I think what the Remain people have been doing is to try and just damp this nonsense down.

"And for the people on the Leave side it's been a fairly unpleasant, with undertones about different religions, all of that."

He added that he believed the anti-Turkish rhetoric had since "calmed down".

Straw is not the only politician to criticize the Leave campaign's tactics as the referendum draws closer.

Earlier this month former premier John Major said voters were being "misled" by "the utterly false suggestion repeated more than once, not in a single offhand remark but in scripted, carefully prepared speeches, that we face the risk of 88 million Turks coming here".

But it is a message that has resonated with sections of the British electorate that are concerned about immigration.

In his Anadolu Agency interview, Straw would not be drawn on which way he believed the U.K. would vote in the referendum next Thursday.

"The only prediction I've got is I think it's going to be tight," he said.

"I mean, the pollsters are finding it hard to predict voting behavior and this is really difficult for everybody because people voting in a referendum do not follow their political party allegiances.

And he said he thought U.K.-Turkey ties would be not damaged by a vote for Brexit.

"The bilateral relationship [with Turkey] I think will remain very strong, so that will be okay. But I think if we were to vote to leave so much would be up in the air, it would be difficult to say. This would be traumatic not just for the U.K. but also for Europe."