Footage from MHP convention shows dissidents may have cheated 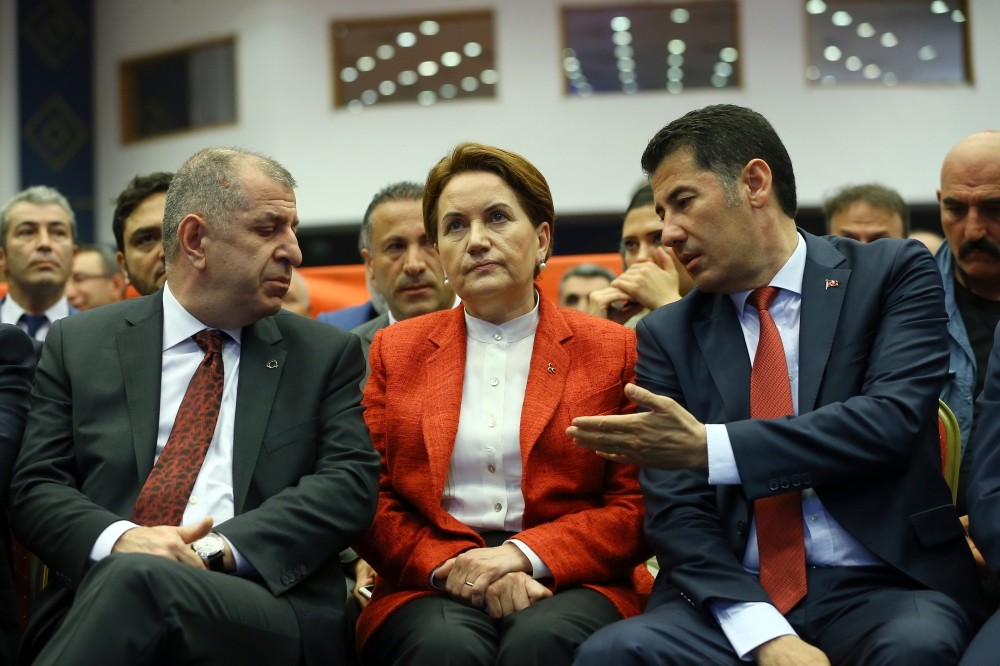 Recently released footage from Sunday's MHP emergency convention shows that notary publics may have cheated while collecting delegate signatures. The footage appears to show notaries received photocopies of delegate IDs via a messaging app on their phones

Recently released footage from the Nationalist Movement Party (MHP) convention on Sunday shows that notaries may have cheated regarding the number of delegate signatures they collected. MHP dissidents claimed to have collected signatures from 656 delegates, sufficient to change party bylaws.

The footage, taken by a Yeni Akit daily reporter and released on A Haber news channel, shows notaries apparently speaking on the phone with delegates, who did not attend the convention but who sent photocopies of their ID cards via the WhatsApp messaging application.

The footage caused confusion and controversy, as MHP dissidents had claimed that 752 delegates were present at the convention, even though the notaries said the number of delegates present was 656. The party administration, on the other hand, insists the number was around 450.

The chairman at Sunday's convention, Musavvat Dervişoğlu, held a press conference yesterday in Ankara and said allegations of deceit cannot be directed at MHP members. "Are MHP members an army of potential tricksters? Believe the delegates when 656 people say they attended the convention."

Dervişoğlu's assertion does not seem to have comforted the party administration and other doubters.

Dervişoğlu said, "Who will gather the next convention? The sixth emergency convention authorized us. We made the necessary applications." He added that changes made in party regulations at Sunday's convention were submitted to the Supreme Court.

Dervişoğlu also made striking remarks regarding whether the Supreme Court might cancel Sunday's convention due to mistakes allegedly made during the changing of the regulations.

In response to MHP Chairman Devlet Bahçeli's statements about the convention and changes made to the regulations, Dervişoğlu slammed his "insults."

"I could not associate the chairman's words about us with his character. He should stop not recognizing legal decrees. He may not find the convention valid but insulting hurts us," Dervişoğlu said.

MHP dissidents accuse each other of betrayal

Despite the triumph by dissidents on Sunday at an emergency, chaos in the MHP deepened, as party dissidents accused each other of betrayal. Sinan Oğan and Koray Aydın complained that Meral Akşener tried to change some of the regulations without their knowledge.

Aydın also said he did not see any of the changes. "We thought only one article would be changed. Meral Akşener's team is at it again. We could have contributed with our experience."

Nationalist Movement Party (MHP) Group Deputy Chairman Oktay Vural yesterday resigned from his post, saying that he was not happy with the party administration's strategy to deal with the emergency convention period. As the party is going through an unprecedented rough period, Vural has become the latest party member to draw swords against party chairman Devlet Bahçeli.

According to reports in the media, Vural has been very uneasy about the legal process the MHP had to face, expulsion decisions, demands for emergency conventions and other problems. Speaking to Habertürk TV channel following his surprising decision, Vural said he submitted his resignation to Bahçeli after his parliamentary group meeting on Tuesday. When asked about why he waited until now, Vural said: "I waited until after the June 19 period."

Responding to the much-wondered question about whether he will run for the chairmanship on July 10, Vural did not breathe a word. "I saw that the situation the party is currently in and the mentality of the party administration were hurting," he said.