Those supporting PKK terror will find authorities in front of them, Erdoğan says 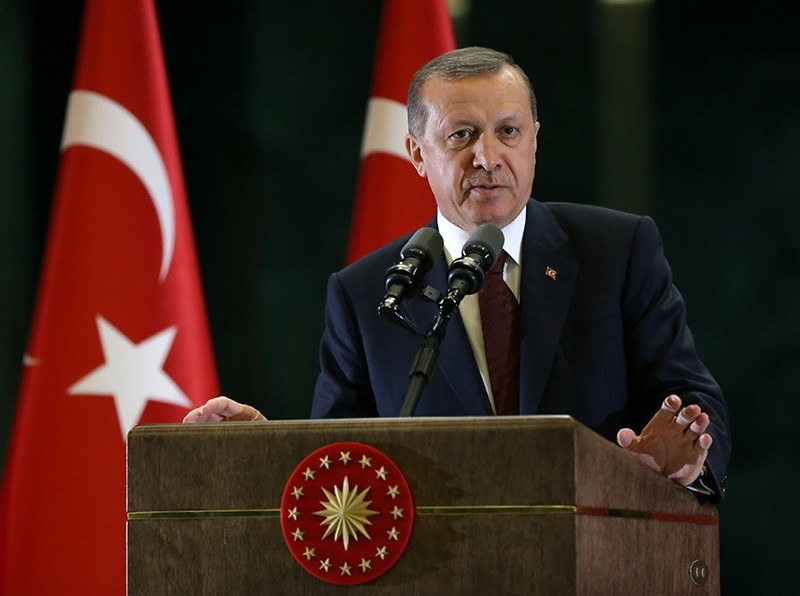 Turkey to continue its anti-terror fight with determinism, President Erdoğan said and added that those who side with PKK terror will find the state authorities in front them.

President Recep Tayyip Erdoğan said Thursday the state authorities will stand in front of all those who support PKK terrorism in Turkey.

Speaking during the iftar dinner with the opinion leaders at the Presidential Complex, the president said Turkey has been facing an ongoing serious danger against its unity.

"There is no sectarianism in Islam. Terrorism follows sectarianism, racism," the president said condemning terror attacks during the Muslim month of Ramadan.

"The terror organizations are not concerned about moving towards the common good," Erdoğan said.

Criticizing municipalities run by the Peoples' Democratic Party (HDP) for alleged support to PKK terrorism, Erdoğan said that their only worry is to spend the municipality funds for terror activities.

"They will be paying for this. The state follows all that and is behind these in a sensitive manner, and they will be held accountable," he added.

The president also underlined that the HDP deputies supporting the PKK will also be held accountable.

"Those who carry weapons to [PKK] terror organization in their cars cannot be parliament members in this country," he said.

"Whoever has weapons in their hands will find our security forces in front of them," Erdoğan said, and added: "Politicians, mayors, or civil servants who have PKK behind them will find the state in front of them."

Erdoğan accused the western states of not supporting Turkey's anti-terror struggle and said that remaining silent against terror will also hurt them in the future.

"Either Daesh or PYD, they all apply the same scenarios. They seize everyone's properties and kill those who stand against them," Erdoğan said.