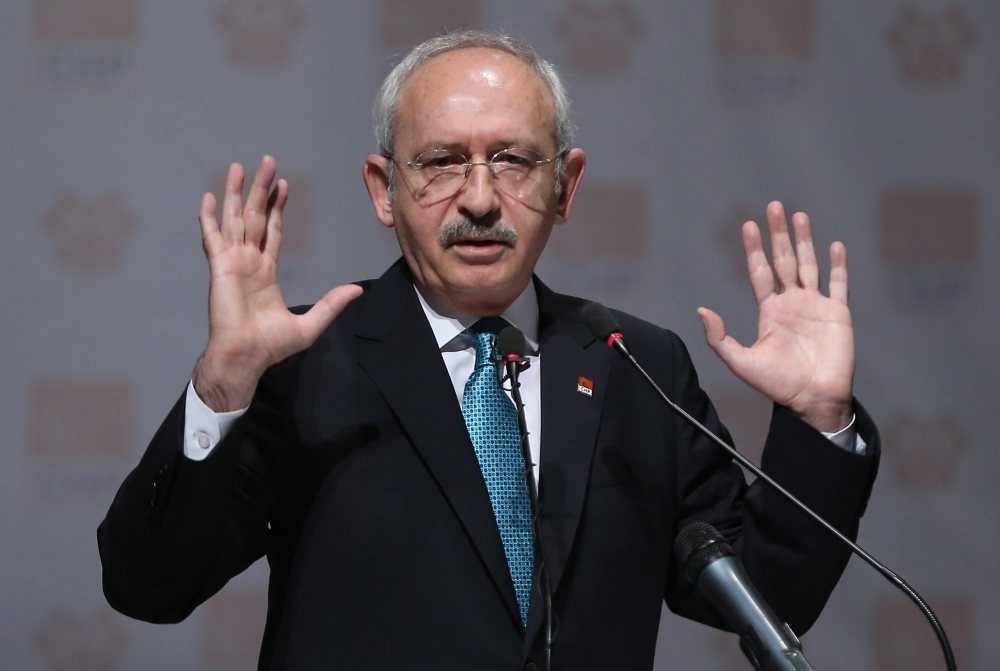 Despite losing six consecutive elections against the AK Party and President Erdoğan during his chairmanship of the main opposition CHP, Kılıçdaroğlu said he never thought about resigning from his office, claiming that he is ‘not responsible for the current situation'

Leader of the main opposition Republican People's Party (CHP) Chairman Kemal Kılıçdaroğlu said he has never thought of resigning, despite losing six elections in a row to the Justice and Development (AK Party) and President Recep Tayyip Erdoğan. In a televised interview on Friday, upon being reminded of his consecutive defeats in the last six elections Kılıçdaroğlu said: "Resigning has never crossed my mind. It is a different understanding of irresponsibility to say, 'I am not responsible for the current situation.' We might have some inadequacies."

Kılıçdaroğlu added that he doesn't regret criticizing former Minister of Family and Social Policies Sema Ramazanoğlu for her attitude during the recent child abuse scandal. Concerning those words that got a lot of reaction, Kılıçdaroğlu said: "It is an Anatolian idiom. Being a minister does not mean positive discrimination. I am not sorry for saying that."

Kılıçdaroğlu said: "No one talks about it, neither governor nor police chiefs. The minister of family does not talk because she knelt before someone." His remarks drew widespread criticism from women's rights activists and lawmakers.

Although Kılıçdaroğlu has been known for gaffes like saying "no one can claim the CHP is a good party" while meaning otherwise, he has been strongly criticized for insults targeting the government and President Erdoğan, most recently calling him a "sham dictator." Kılıçdaroğlu and the CHP are in hot water for swearing at the president during recent CHP party meetings.

Prior to the June 7, 2015 general elections, Kılıçdaroğlu pledged that the CHP would send nearly 2 million Syrian refugees who fled the civil war in their country back if it came to power. "[The CHP] will send our Syrian brothers back. We will say to them: 'Sorry, but go back to your hometown. We have humanity in our hearts. We love people. We respect people. This is our core ideology," Kılıçdaroğlu said on April 23, 2015.

The dissidents in the CHP have been particularly more vocal following the approval of the bill to remove some deputies' immunities in May.

The CHP previously declared that it would vote in favor of the bill, but the first round of the voting saw many CHP deputies defying their party and voting against it.

In the second round of voting however, the outcome revealed that around 20 deputies had changed their strategy after drawing reaction, thereby contributing to the rise in 'yes' votes.

A lack of a definite strategy in the CHP regarding the bill and deputies' inability to stand in unity regarding their decisions pointed to many various problems in the party administration, which was pointed out by the dissident figure of Muharrem İnce, according to various media outlets. İnce has also reportedly accused the CHP administration of not "acting courageously" regarding the lifting of the immunities bill.

İnce is a well-known intra-dissident figure, who has on many occasions slammed the chairman Kılıçdaroğlu's leadership skills. He previously pointed out that a leadership that has lost six elections cannot win for the seventh time, emphasizing the CHP's failure in the Nov. 1 elections.
RELATED TOPICS