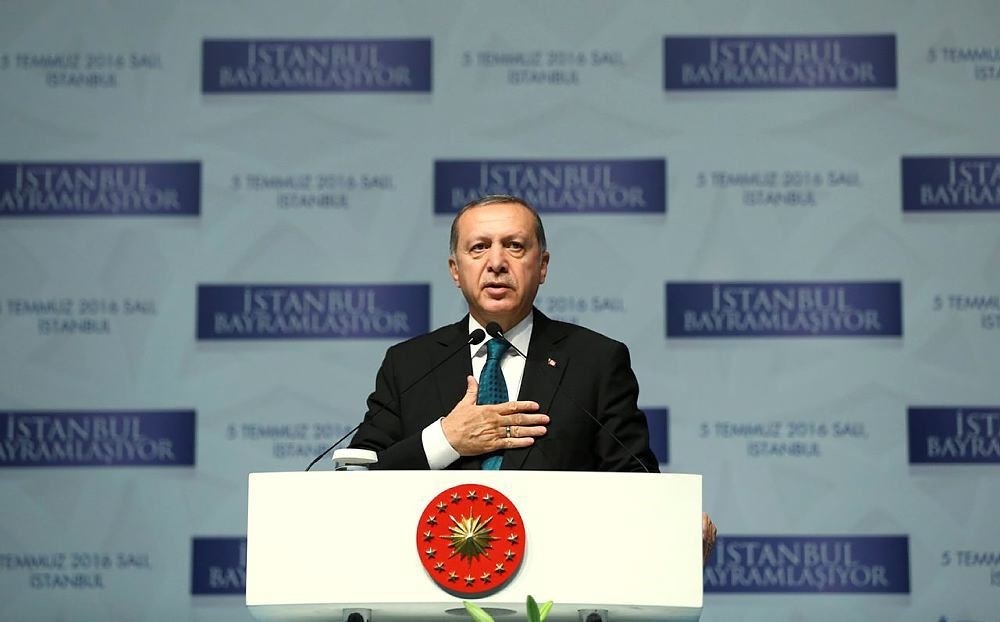 President Recep Tayyip Erdoğan said Tuesday that Daesh is a "dagger stabbed into the chest of Muslims", following a series of bombings in Saudi Arabia perpetrated by the terror group.

Speaking at an event in Istanbul to mark the end of Ramadan, Erdoğan highlighted to price paid in Muslim blood in terror attacks committed by groups such as Daesh and the PKK.

"This organization called Daesh is a dagger stabbed into the chest of Muslims," he said. "Whoever supports this organization through sectarian fanaticism or any other motive becomes a partner in the same sin."

On Monday, suicide bombers targeted Medina, Qatif and Jeddah. In Medina, four security guards were killed near the Prophet's Mosque, which is the burial place of the Prophet Muhammad (Peace Be Upon Him).

A day earlier more than 200 were killed in a bombing in Shia Muslim district of Baghdad and last week 45 people were killed when three terrorists attacked Istanbul's Atatürk Airport.

Erdoğan also promised to go ahead with a plan to grant citizenship to Syrian refugees. He first mentioned the proposal on July 2, when it was greeted with protests on social media.

"There are also qualified people among them, people who have a career," he said. "Let us not take them, [and then] should they go to England, Canada or any other place? ... we do not discriminate."

The president also cited the example of Meskhetian Turks who escaped the conflict in eastern Ukraine to settle in Turkey's eastern province of Erzincan.