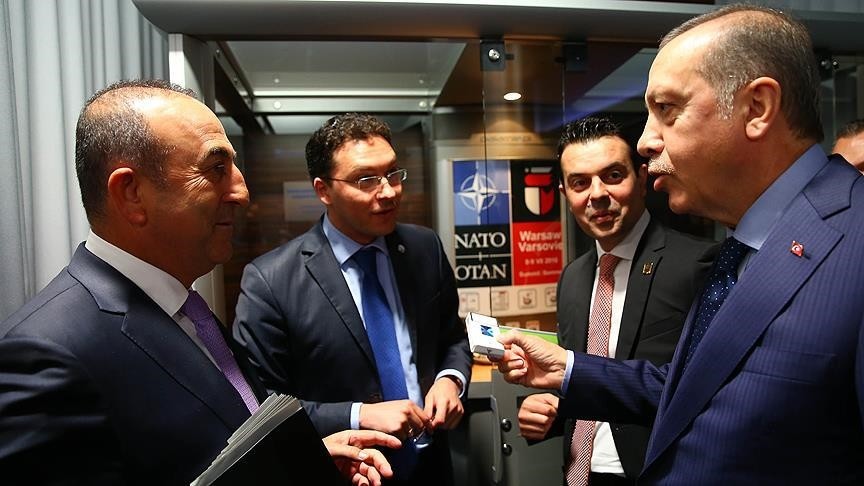 On Saturday, Erdoğan met with Hungarian Prime Minister Viktor Orban at the sidelines of the summit. When he was going to the venue where the NATO-Ukraine Commission meeting will be held, Erdoğan saw Mitov in the cabin reserved for smokers.

Amid his tight schedule, Erdoğan convinced 38-year old Mitov to quit smoking. In a move that became his trademark, Erdoğan picked Mitov's the cigarette pack after he signed it.

Erdoğan reportedly abhors being close to smokers and publicly he is known for conversing with smokers he comes across to persuade them to quit smoking.

On several occasions he has advised smokers, either street vendors or a renowned journalist, to pledge to kick the habit and write this pledge down on a pack of cigarettes. Images of him grabbing a pack and handing out a pen to smokers were the subject of a photo exhibition the presidency hosted.

Having a worldwide reputation for heavy smoking, Turkey has banned smoking in public offices, airplanes and buses in 1997, while a very large scale ban covering all indoor areas, open areas of public institutions and transportation was introduced in 2008, which included bars, restaurants, coffeehouses and hookah bars, following a one-year adoption period. Making up more than 80 percent of the sales prices, taxes on tobacco products are also significantly higher than most countries in the world. Adversitement of tobacco products and featuring tobacco products in media are also illegal.

A larger scale ban, which would altogether ban smoking near playgrounds and entrances of public offices while creating designated smoking areas in parks, beaches and open tea and coffeehouses, is planned to be legislated by the end of this year.

However, the overall implementation of cigarette bans, especially in bars and restaurants, continues to remain poor, with many people seen smoking next to "no smoking" signs throughout the country.