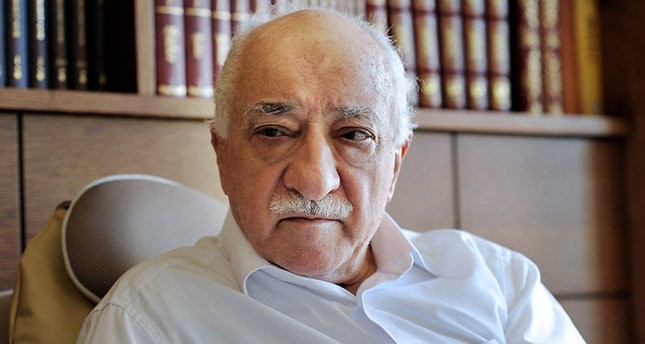 Maayan Jaffe-Hoffman, a contributor to the Jerusalem Post recently penned an article about Fetullah Gülen, in which she says the fugitive preacher is a threat to the collective future, adding that he is “strikingly treacherous at worst”

Israeli newspaper the Jerusalem Post harshly criticized the leader of the shadowy Gülen movement in an opinion piece published on Thursday.

In the opinion penned by Maayan Jaffe-Hoffman, the paper labeled Fetullah Gülen as anti-semitic and a "wolf in sheep's clothing," adding that he is a "hypocrite" and should be taken serious as a danger for the collective future.

"Gülen is emerging as a wolf in sheep's clothing, and we should care; Gülen and his movement are very influential in the Turkish, US and worldwide private-school education network. His teachings will impact our collective future," Hoffman said in the piece, adding that Gülen is very deceptive.

"Gülen speaks differently to his followers than to outsiders," the paper said, quoting the words of a former Gülen supporter, University of Utah political scientist Hakan Yavuz.

Stating that Gülen is "strikingly treacherous at worst," she added that his writings "betray a man who is virulently anti-Semitic and whose belief system is irreconcilable with and deeply opposed to Christianity, the West and the US."

Hoffman also quoted a passage from Gülen's book "Fasıldan Fasıla – 1," in which his anti-semitic side is revealed.

"The Jewish tribe is very intelligent. This intelligent tribe has put forth many things throughout history in the name of science and thought. But these have always been offered in the form of poisoned honey and have been presented to the world as such. For instance, Karl Marx is a Jew; the communism he developed looks like a good alternative to capitalism at first sight, but in essence it is a deathly poison mixed in honey," Gülen says in the book.

"It would not be an exaggeration to say that 'the purpose behind the creation of such a people is to be the coil spring for human progress.' Just as God unleashes the hawk to evolve the sparrow's capability for flight, with the Jews He keeps humans alert and under tension... Jews will maintain their existence until the apocalypse. And shortly before the apocalypse, their mission of acting as the coil spring for humanity's progress will come to an end, and they will prepare their end with their own hands.... These people... will finally end up in the position of Nazis and will look for a place to hide in the four corners of the earth," he further continues.

Also touching on the death threats Robert Amsterdam, a Jewish lawyer hired by Turkey to conduct investigation and legal proceedings against Gülen-linked organizations in the United States, Hoffman also said the lawyer was also targeted with "vicious anti-Semitic attacks" on social media by Gülen's followers.

Also saying prominent Gülenist figures criticized Amsterdam's Jewish background on Twitter and blasted the Turkish state for hiring a Jewish lawyer, Hoffman added that translations of the aforementioned anti-Semitic passages were uploaded to Gülen's site as of late May 2004, years after Gülen settled in the US.

"Further, these anti-Semitic rants can still be found on their Turkish original on a website maintained by the Gülen movement," she adds in the piece.

The Gülen Movement led by fugitive preacher Fethullah Gülen has been defined as the FETÖ/PDY, which stands for "Gülenist Terror Organization / Parallel State Structure" in records by many Turkish state institutions including Istanbul Police Department. The "parallel state" is a group of Gülenist bureaucrats and senior officials embedded in key posts of the country's institutions, including the judiciary and the police.

The 17-25 December 2013 coup attempt the group carried out revealed the fact that the clandestine network run by the U.S.-based ex-imam Fethullah Gülen is responsible for having masterminded a plot to overthrow then-Prime Minister Recep Tayyip Erdoğan's democratically elected Turkish government.

Fethullah Gülen has also been listed as a wanted terrorist by the Turkish Interior Ministry.