CHP to pick 'employee of the week' to revive image 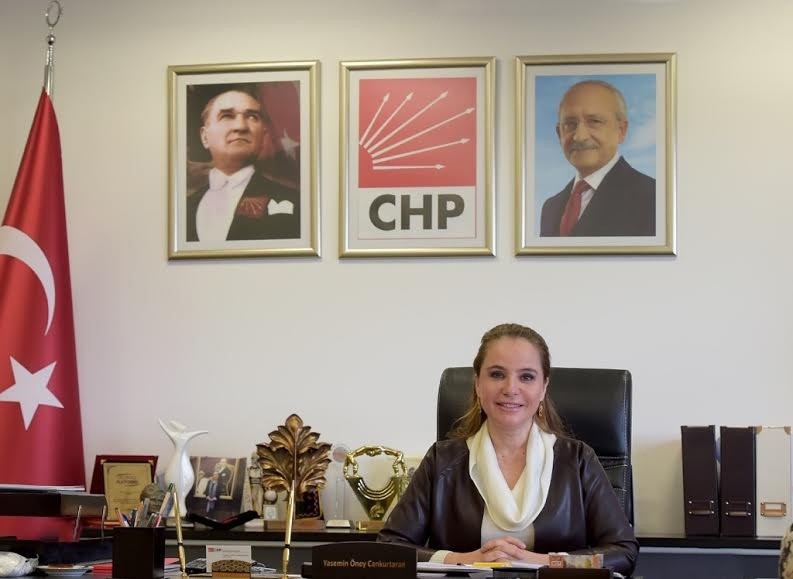 Main opposition Republican People's Party (CHP) launched a new initiative consisting of choosing an 'employee of the week' as part of the efforts to revive party's declining appeal and image following elections.

According to Ihlas News Agency, CHP's Deputy Chairwoman Yasemin Öney Cankurtaran is the mastermind behind the initiative, which entails picking the best employees and displaying the achievements of municipalities administered by the CHP, as well as the provincial and district organizations, at the lounge area of the party's headquarters in Ankara on a bi-weekly basis.

Mayors, provincial and district chairs will reportedly compete to be chosen the employee of the week.

"Our municipalities and organizations will have the opportunity to display their projects, and work in industrial, technological and agricultural spheres by models or images" Cankurtaran reportedly said, and added that the work would be shared through online means or a CD.

Tepebaşı municipality in Eskişehir province is reportedly the first CHP administered-municipality to display its work in the party headquarters.

This is not the first time the party employs unusual measures.

CHP administration gave membership to a cat named Şero, which lived in party headquarters since its construction. Former CHP chairman Deniz Baykal gave the title of "the most social democrat cat" to Şero, which has a Twitter account and "issued" an animals' rights circular letter to municipalities governed by CHP.

In the general elections, the party tried various measures to attract votes from the electorate, including seeking the help of famed advertiser Ali Taran.