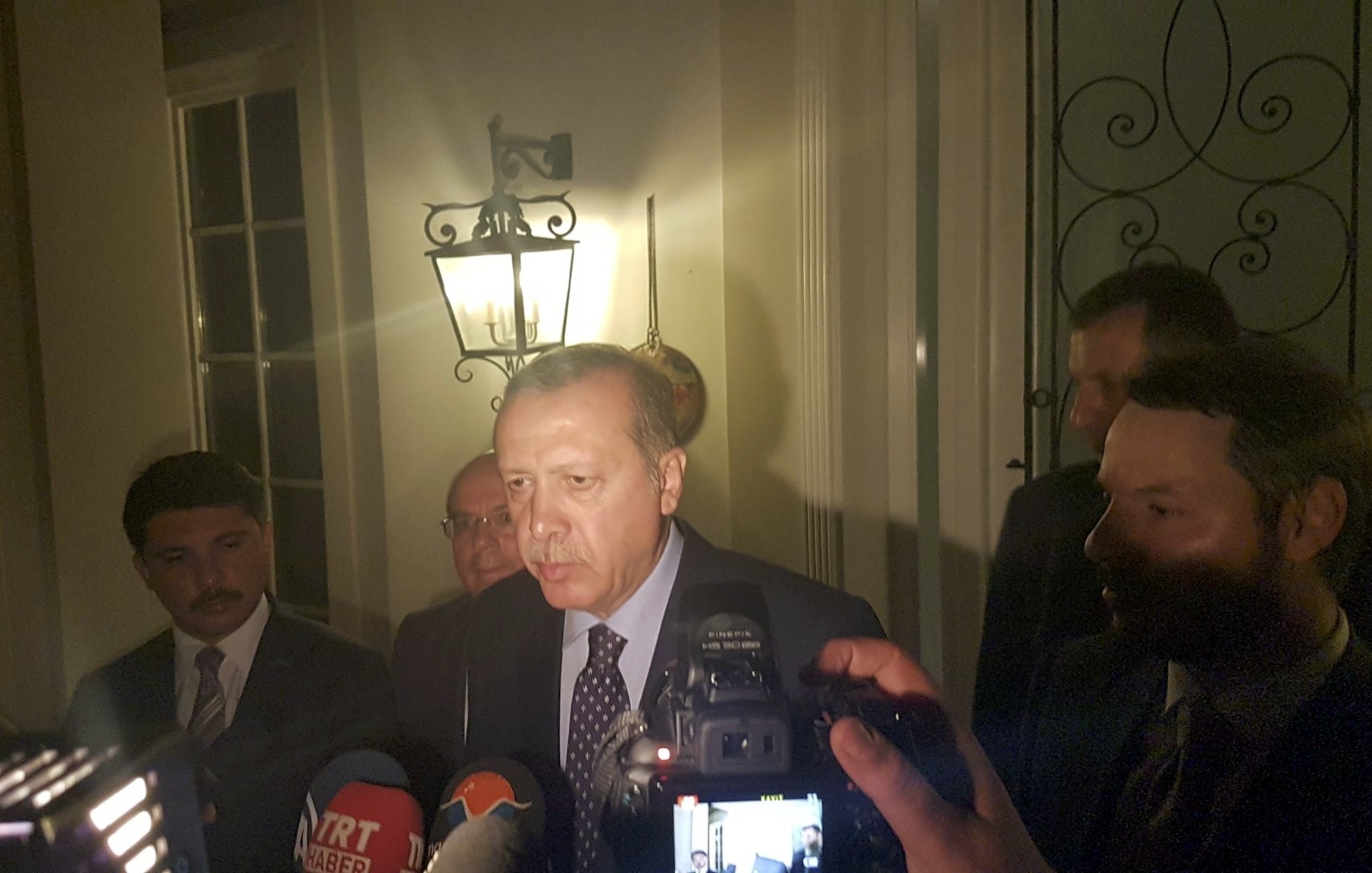 Turkey's President has urged citizens to take to the streets in a show of support for the government after the military said it seized full control of the country.

Recep Tayyip Erdoğan, speaking to CNN-Turk through FaceTime, called the actions by the military "an attempt at an uprising by a minority within our armed forces."

"Unlawful attempt against national will going to receive necessary response as required by our laws, constitution, regardless if structure embedded in army, other state institution," Erdoğan said.

Erdoğan said there had not been any attempt against him and the Turkish presidency said the president is at a secure location.

He identified the group as belonging to the FETÖ/PDY terrorist organization, which three years ago staged an unsuccessful overthrow of the government.

Later in the night, Erdoğan arrived in Istanbul's Atatürk Airport, which was initially controlled by coup-staging soldiers, and greeted by thousands of citizens.

He held a press conference at the airport, in which he explained that a small clique of soldiers within the military ​tried to stage a coup. "This [Gülenist] structure has nestled in Turkey's military, police, state institutions since the past 40 years" he said, adding that the move will finally help to clean the remnants.

The president also made a public appearance for thousands waiting for him at the airport. Pres. "Turkey is not, will not be ruled by armed forces," he said.

Erdoğan was in Marmaris when troops loyal to the coup-staging group started took to the streets. "The hotel I was staying was bombed, my secretary was arrested after I left" he said, underlining that F-16 jets tried to force his jet for landing.

"We won't leave the fate of this country to invaders, this coup attempt will be fully terminated" he said, noting that millions of citizens are still in squares, main roads after his call to defend democracy.

Main opposition Republican People's Party (CHP) ) Leader Kemal Kılıçdaroğlu said: "This country was wracked with coups. We do not want to go through the same troubles."