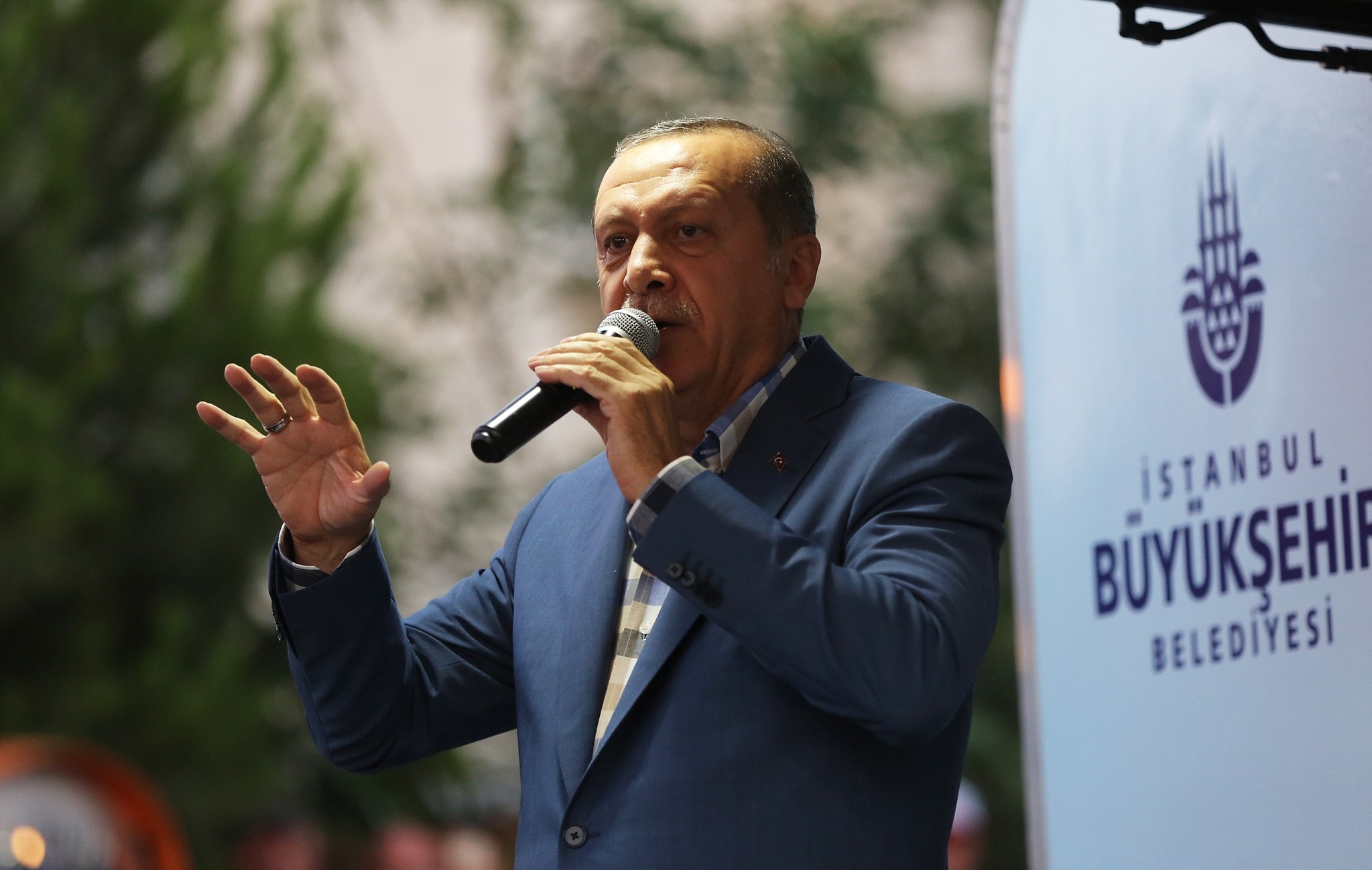 "I hereby call on U.S. President Obama to extradite that person living on a 400-acre compound in Pennsylvania," he added.

Speaking about the coup attempt plotted by a minor Gülenist faction within the military, he said that it was an illegal act and the group does not represent the military itself.

President Erdoğan later responded to the chanting crowd who asked for the execution of coup-plotters. "It's a right to discuss every opinion in a democratic country. We don't need to ask for permission to discuss this," he stated.

The army belongs to the people of Turkey, not the parallel structure (the FETÖ terrorist organization), Erdoğan underscored, referring to the network of Fethullah Gulen, a U.S.-based cleric accused of fomenting the coup plot and previous attempts to oust him.