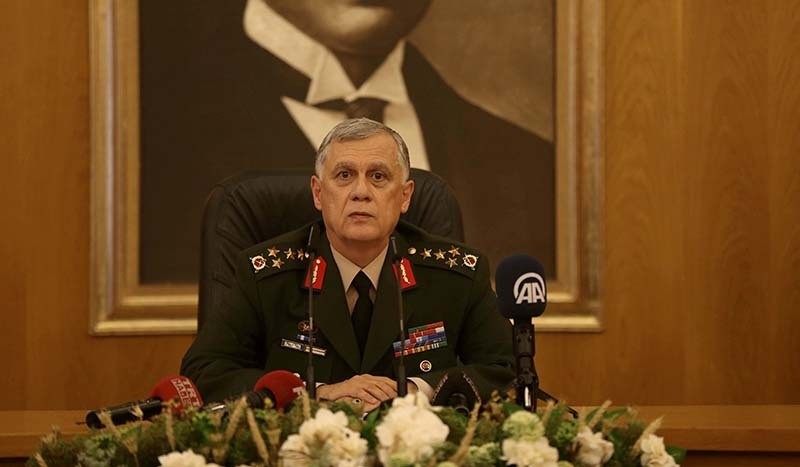 Acting Chief of Staff Ümit Dündar said on Saturday that the Turkish Armed Forces have immediately brought down the coup attempt by the Gülenist Terror Organization.

Speaking in a press conference in Istanbul, newly appointed acting Chief of Staff Dündar said that the commanders seized by coup plotters have been taken to an unknown location and that coup attempt was largely by troops from the Turkish Air Forces.

''Turkey has shown the world its commitment to democracy,'' Dündar said and added that the Turkish people who sided with democracy and rule of law thwarted the attempt, while saying those who took part in the betrayal will not go unpunished.

Touching upon the death toll as a result of the coup attempt, Dündar noted that 90 people were killed, including 41 police officers, 47 civilians, while 1,154 people were injured, and added that 104 pro-coup figures have also been killed.