Ankara insists on Gülen's extradition from US after failed coup attempt 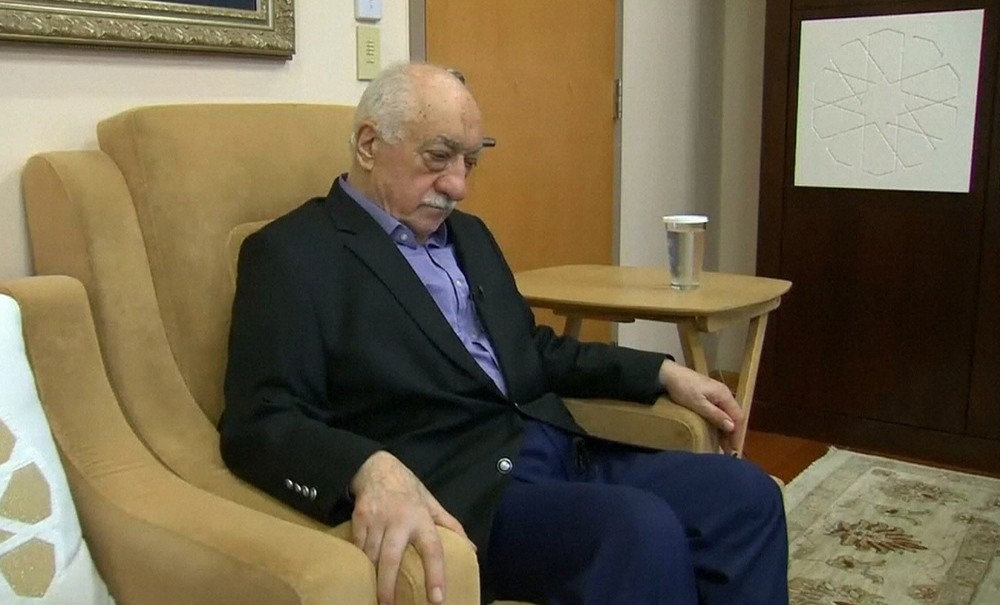 After the failed coup attempt organized by Gülenist soldiers, Turkey maximized efforts to extradite Gülen from the U.S. to prevent further attempts to target democracy and national security

Ankara is determined to extradite Fethullah Gülen from the U.S. after the failed coup attempt on Friday that led hundreds of thousands of people to take to the streets in support of the democratically elected government. Ankara says that the coup bid was organized by followers of the U.S.-based, retired imam. It has persistently demanded his extradition from the U.S. since he was accused of a long-standing campaign to overthrow the government through supporters within the state, particularly the military, police and judiciary, and this coup attempt, which cost the lives of 161 people, mostly civilians, and wounded almost 1,500 people. However, the U.S. has been insistent in following U.S. policy concerning Gülen's extradition, despite several activities by his movement that are being investigated by U.S. authorities.

An increasing number of American media outlets have started to questioned the movement's motives and opacity and why the U.S. government is providing Gülen refuge. The United States is among the most popular locations for Gülenists, where they run several charter school organizations – taxpayer-funded schools that attracted an FBI probe following allegations of fraud concerning federal grants. The failedcoup attempt is the final straw for Ankara, causing it to intensify its efforts and insistence for his extradition to Turkey. Only a day before the coup attempt, the Chief Prosecutor's Office readied the file on Gülenist Terrorist Organization (FETÖ) leader Gülen and his followers' illegal activities and sent an indictment to the Justice Ministry to formally request Gülen's extradition. Apart from coup attempts, the FETÖ is accused of fraud, money laundering, illegal wiretapping, blackmail and imprisoning hundreds of people on false evidence. He and dozens of prominent Gülenists face life sentences on terrorism charges.

Gülen and his followers are already standing trial in separate cases, but Gülen, 75, refuses to testify in Turkish courts or return to Turkey. The fugitive imam also faces lawsuits brought by Ankara in the United States after Turkey hired a law firm for the legal process in that country.

Speaking to Daily Sabah, Justice and Development Party (AK Party) Konya Deputy Mehmet Babaoğlu drew attention to the Gülen Movement's shady objective of taking control of the structures they are in. "This coup attempt has been a grievous experience for us. We are talking about an organization led by a person who wants to have a state based on his controversial beliefs. In their system there is no right to live for those who stand in their way. Other countries should carefully observe this foxy group and act in coordination with the Turkish state in its fight against this organization," Babaoğlu said.

Elsewhere, the funerals for the people that were killed in the coup attempt were held on Sunday. Thousands of people poured to the funerals at several mosques across Istanbul and protested Gülen and his movement.

Speaking at the funeral of Professor İlhan Varank on Sunday, the brother of President Recep Tayyip Erdoğan's chief advisor Mustafa Varank, Erdoğan said that Turkey will send a written request to the U.S. and the EU to extradite fugitive Gülenists who are on the run.

He said that the FETÖ spread like a cancer within the state and assured that Gülenists will be removed from every position including the military and judiciary.

"I hereby call on U.S. President Obama to extradite that person living on a 400-acre compound in Pennsylvania," he added.

Speaking to Daily Sabah on July 11, Robert Amsterdam, a founding partner of the law firm Amsterdam & Partners LLP, and lawyer providing legal assistance to Ankara's global investigation into the Gülen Movement, said that although the matter of Gülen's extradition is an issue between the two sovereign countries of Turkey and the U.S., Gülen's residency might be canceled by the end of the investigation.

Turkey took the illegal activities of the Gülen Movement to the international platform in the U.S. last year. Amsterdam announced his law firm's assistance in the investigation at a press conference in Washington on Oct. 26. The investigation includes issues ranging from attempts to oust the elected government to illegally collecting funds for its U.S. charter schools.

Regarding the extradition issue, Foreign Minister Mevlüt Çavuşoğlu spoke with U.S. Secretary of State John Kerry by phone Saturday about the judicial process for Gülen's extradition.

Earlier on Saturday, Kerry said the United States will help Turkey investigate the failed coup and invited Ankara to share the evidence it has against Gülen.

Speaking in Luxembourg, Kerry said Washington had not yet received a formal extradition request for Gülen, and added: "We fully anticipate that there will be questions raised about Mr. Gülen."

Gülen, the retired imam who leads the Gülen Movement, is among Turkey's most-wanted criminals, with Ankara exerting tremendous effort to obtain an international arrest warrant for him. He lives in a compound owned by his movement in Saylorsburg, Pennsylvania.


LIFE IN THE SHADOWS

Born on April 27 1941 in the eastern province of Erzurum, the second of eight children.

Continued his religious studies in northwestern province of Edirne in the late 1950s and early 1960s.

Appointed as an imam in an İzmir mosque in 1966, where he formalized his operation until 1971 and met some of his senior operatives.

Arrested in 1971 by the junta and spent seven months in prison before being found not guilty.

Worked at several mosques and traveled across the country to grow his movement in the 1970s and started to publish his thoughts.

When the 1980 coup leaders issued an arrest warrant, he fled and stayed with his friends and family before resigning as an imam.

The 1980s and 1990s were when his illicit movement truly picked up, with his articles distributed across the country by his disciples. Funds collected by the movement were channeled into schools, media organizations and other projects to help with recruitment and expand influence. His recruits also started to infiltrate state institutions, especially the military, police and judiciary in an effort to take over the state from inside.

He expanded his educational network as a perfect cover to hide his criminal activities and accelerate his recruitment drive. The network eventually included hundreds of schools around the world in the 1990s, while the movement built a media empire from scratch as a tool to increase its political influence. His charter schools in the U.S. became one of the main funding sources for the illicit organization.

During the 1997 military intervention that forced out the prime minister and issued a much-condemned clampdown on conservatives, he called on his followers to respect the will of the military.

In 1999, as judicial authorities closed in, he fled to the U.S. for "health reasons" and has lived in an extensive Pennsylvania compound ever since.

The last decade saw the Gülen Movement come of age, with its operatives in the judiciary launching a widely discredited drive to punish all those it perceived as opponents on false evidence and trumped up charges.

In December 2013, the movement believed it was strong enough to take on the democratically elected government, launching an operation through its members in the judiciary and police to topple the government while its media affiliates initiated a propaganda campaign.

The swift response by the government prevented the Gülen Movement from taking over the state and a comprehensive investigation was initiated to tackle the danger its judicial, security, media, business and education arms pose to the security of the state.

On July 15, 2016, the remaining operatives from the Gülen Movement in the military launched an unsuccessful bid to topple the government. The coup attempt failed due to a huge public uprising in condemnation of the move.