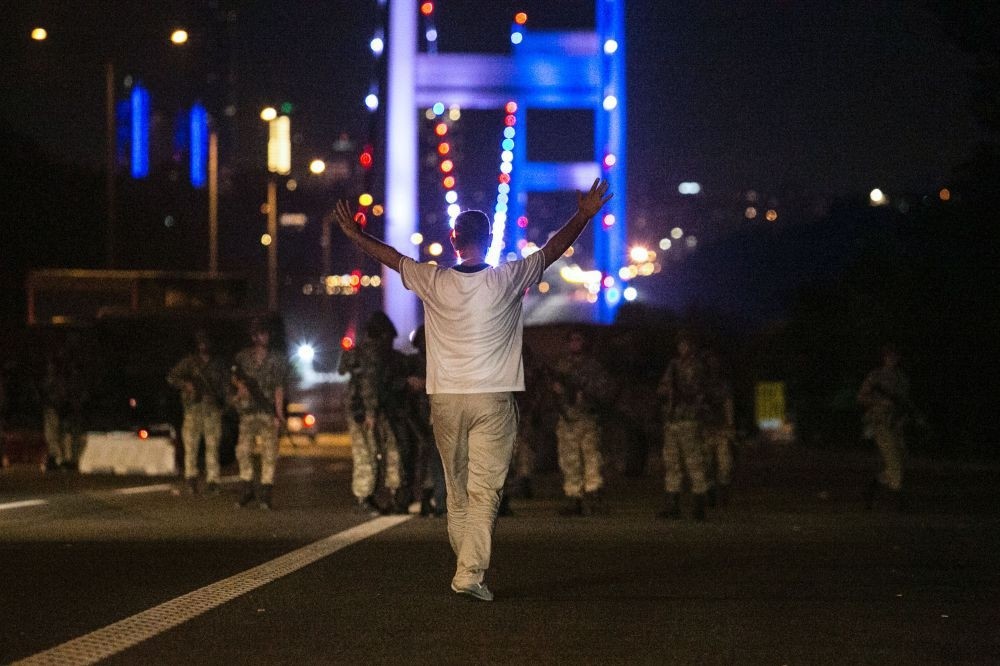 U.S Secretary of State Kerry has not been able to find a firm stance against the failed Gülenist coup attempt by, drawing heavy crticism in Turkey. He made another controversial statement yesterday that Turkey's NATO membership could discussed depending on Ankara's future actions

U.S. Secretary of State John Kerry has been under fire in Turkey over his failure to find a strong position against the failed coup attempt by the Gülenist Terror Organization on July 15.

Criticism of Kerry increased yesterday after he implied that Turkey's NATO membership could be ended should Ankara unlawfully crack down on coup plotters.

President Recep Tayyip Erdoğan said on Saturday and Sunday that the government will take people's expectations into consideration and discuss it with opposition parties regarding the return of the death penalty for coup plotters.

Stressing that NATO will closely measure Ankara's actions in the days ahead, Kerry said: "The level of vigilance and scrutiny is obviously going to be significant in the days ahead. Hopefully we can work in a constructive way that prevents a backsliding."

"We would expect the U.S. to approach Turkey in a much more constructive way," Markar Esayan, a ruling Justice and Development Party (AK Party) Istanbul deputy told Daily Sabah.

Commenting on Kerry's statement that caused an uproar in Turkey, U.S. State Department spokesman John Kirby said the current state of Turkish-NATO relations is not at risk.

Expressing frustration with Kerry's statement, Esayan added: "While Turkey is still paying the price after such a heinous coup attempt in which our citizens defied tanks and 208 of them died, NATO should have been more constructive with Turkey, which has always fulfilled its responsibilities as a close NATO ally."

Esayan also said that he hopes U.S. President Barack Obama's administration will clarify the "unfortunate statement" and ease the tension in Turkey.

The Washington Post's breaking news yesterday landed like a bombshell after it said: "Kerry says Turkey's NATO membership in jeopardy." Following the report, Daily Sabah reached out to the U.S. Embassy in Ankara.

A senior official at the U.S. Embassy in Ankara denied the Washington Post report. Speaking to Daily Sabah, a senior U.S. official said: "Secretary Kerry didn't say anything at all about NATO membership being in jeopardy. There is nothing in his actual statement that indicates the U.S. believes Turkey is in danger in this sense," the official said.

"Turkey is a key ally to the U.S., NATO and EU. We have no issues with Turkey's NATO membership," the senior official added.

Elsewhere, U.S. Ambassador to Turkey John Bass said yesterday that Washington is ready to work with Turkey to discuss the extradition of Fethullah Gülen, the leader of the Gülenist Terror Organization.

"If Turkey decides to submit an extradition request for anyone legally residing in the United States, it will be considered under the terms of the U.S.-Turkey extradition agreement," Bass added.

President Recep Tayyip Erdoğan has spoken by phone with German Chancellor Angela Merkel and NATO Secretary General Jens Stoltenberg. Chancellor Merkel stated that the coup attempt is unacceptable and expressed solidarity with Turkey's elected government. Sec-Gen Stoltenberg expressed NATO's complete support for the democratically elected government of Turkey and noted that there can be no room for military coups in a NATO member state.
Last Update: Jul 19, 2016 10:34 am
RELATED TOPICS