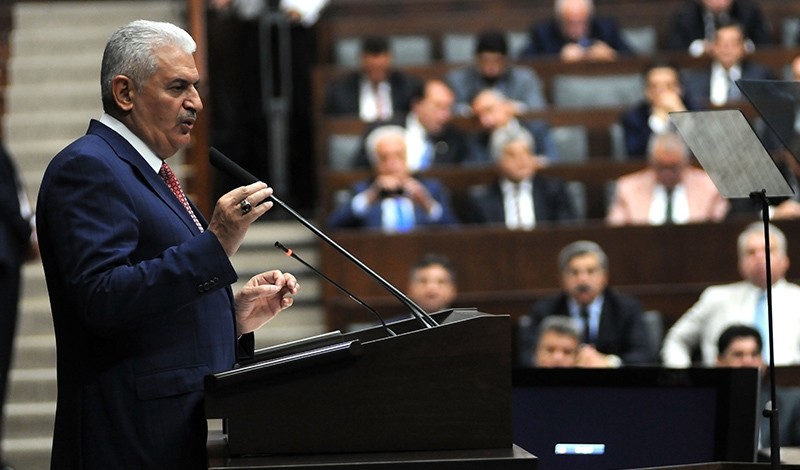 Prime Minister Binali Yıldırım said on Tuesday that Turkey knows who the perpetrators are behind the July 15 coup attempt.

Prime Minister Binali Yıldırım said on Tuesday that Turkey submitted the file to officially request Fethullah Gülen's extradition from the United States, while he underscored that Turkey knows who the perpetrators are behind the July 15 coup attempt.

Speaking at his party's parliamentary group meeting for the first time since the failed coup attempt, Yıldırım said that when terrorists attacked the U.S. on 9/11, there was no proof to request terrorists, and urged the U.S. to return Gülen.

"Do not protect this traitor any more, for this has no benefit for you, humanity nor Islam"he added.

Fethullah Gülen, who is accused of leading the Gülenist Terror Organization (FETÖ) currently resides in Pennsylvania, United States. His followers are already standing trial in separate cases, but Gülen, 75, refuses to testify in Turkish courts or return to Turkey. The fugitive imam also faces lawsuits brought by Ankara in the United States after Turkey hired a law firm for the legal process in that country.