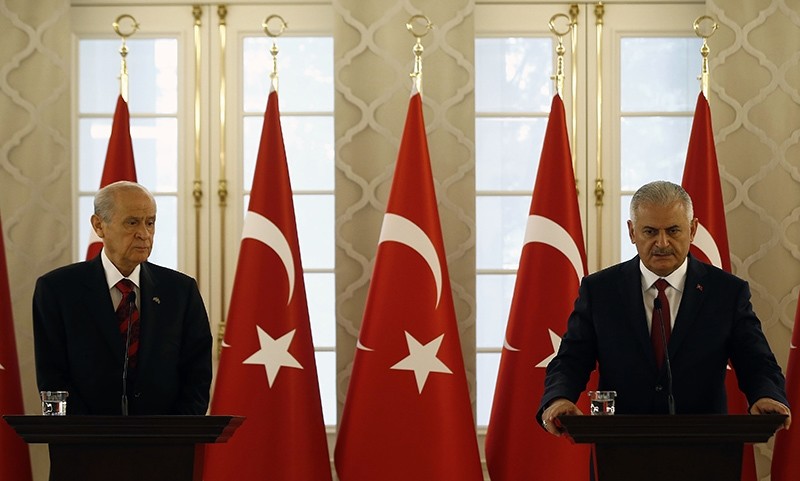 Chief of General Staff Hulusi Akar's aide Lt. Cl. Levent Türkkan, who confessed to being a member of the Gülenist Terror Organization (FETÖ), called opposition Nationalist Movement Party's (MHP) chairman Devlet Bahçeli on the night of the coup attempt and told him that everything was 'under control,' in efforts to persuade Bahçeli to support the coup attempt.

According to MHP's Deputy Chairman Semih Yalçın, Lt. Cl. Türkkan called the party headquarters on the night of July 15 to put pressure on the party to bring down the democratically elected government.

Yalçın noted that chairman Bahçeli did not believe the aide's claims over taking complete control of the administration.

"This is unacceptable," Bahçeli reportedly said and went ahead to call Prime Minister Binali Yıldırım regarding the situation.

Bahçeli was one of the first people to oppose the coup attempt on July 15.

"Our party has never supported a coup and has always sided with democracy," Bahçeli said during a parliamentary group meeting on Tuesday. He said that his party took action right after they saw jets flying above Ankara and unusual military activity, and realizing the grave danger that Turkey was in; he called Prime Minister Binali Yıldırım and pledged support for the government and the people.