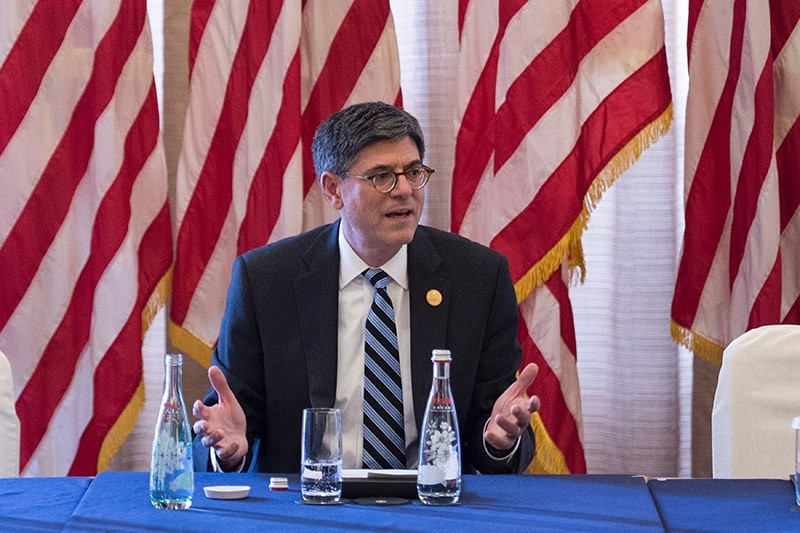 US Secretary of the Treasury Jacob Lew speaks to journalists after the G20 High-level Tax Symposium, part of the G20 finance ministers meeting in Chengdu, in China's Sichuan province on July 23, 2016. (AFP Photo)
by Jul 23, 2016 12:00 am

U.S. Treasury Secretary Jack Lew said the United States strongly supports the Turkish government and urged it to investigate the failed coup in a way that reinforces public confidence in democratic institutions and promotes economic stability.

Lew made the comments in a meeting with Turkish Deputy Prime Minister Mehmet Şimşek on the sidelines of a G20 meeting of finance ministers and central bankers in China on Saturday, according to a statement from the Treasury.

Deputy Prime Minister Şimşek said "Despite what has happened a week ago in Turkey, that we will continue to strongly adhere to democratic principles and apply rule of law and not much really has changed. I know there are question marks."