‘You don’t change horses midstream,’ Erdoğan responds to whether chiefs of intel, military will be replaced 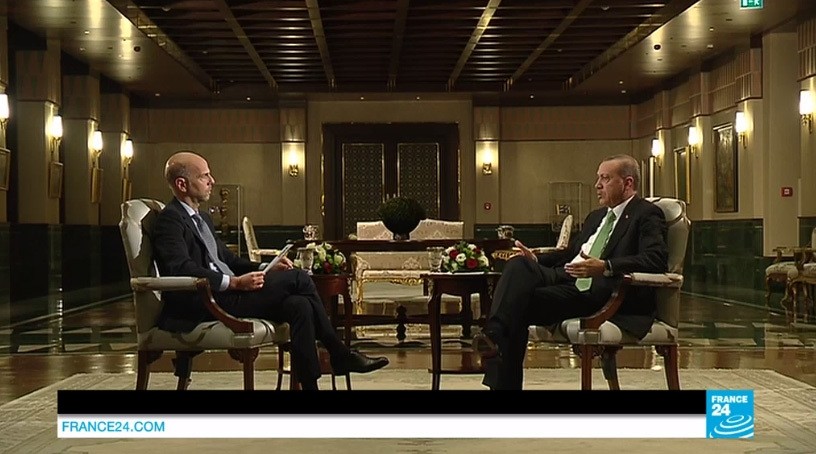 Fidan responded to President Erdoğan that he was ready to do whatever is necessary, raising question marks on whether he will resign.

In an interview with France 24 published after the meeting with Fidan, Erdoğan said that he did not ask for the resignation of Hakan Fidan and the Chief of Staff Hulusi Akar, and affirmed that they will continue their duty.

Erdoğan said that Fidan and Akar told him that it was the president's decision whether or not they should resign.

"You don't change horses midstream," he said, emphasizing that Turkey is still in a transitional period after the attempted coup.

"It is very clear that there were significant gaps and deficiencies in our intelligence, there is no point in trying to hide or deny it," Erdoğan said in another interview on Thursday, further stating that he put in a call but could not reach Hakan Fidan during the attempted coup.

The meeting between President Erdoğan and Hakan Fidan took place in the Presidential Palace complex in Ankara and lasted two hours.