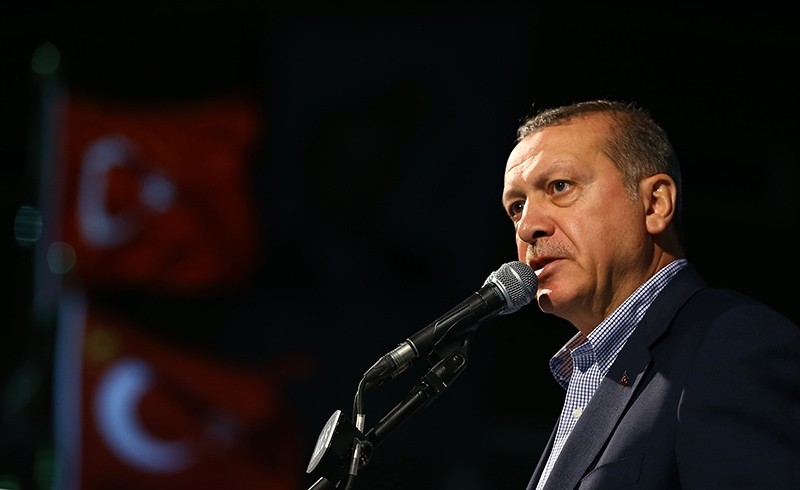 President Recep Tayyip Erdoğan underscored the importance of national will, unity and solidarity in a message issued on the occasion of the 93rd anniversary of the Treaty of Lausanne on Sunday.

The president said that the victory achieved prior to the establishment of the Republic of Turkey, by the faith, courage and dedication of the people, was officially recognized in the treaty, and it serves as the warranty for the Turkish state.

"In this regard, it is easier to understand the contents of the Treaty of Lausanne, which are based on the basic principles of the Republic of Turkey including national will and democracy" Erdoğan said in the statement, in reference to the recent Gülenist coup attempt, which failed with the efforts of police and people who thwarted it.

Gülenist Terror Organization (FETÖ), also referred to as the Gülen or Hizmet Movement, operates on a secretive structure, with leaders and representatives at the district, provincial and nation-wide levels who both act as insiders and decision-makers steering the movement.

He continued by saying that the people have shown once again that they will respond to any threat directed against democracy and the national will, with a sense of unity, solidarity and the spirit present in the Turkish War of Independence.

"The determined stance of our people against different treason attempts by various groups is the clearest proof showing that our country will proceed on the path of democracy, freedom and development" Erdoğan said, and noted that Turkey has become the sixth largest economy in Europe and the seventeenth largest economy worldwide.

He underscored once again that Turkey will continue to fulfill its 2023 goals, and move forward with 2053 and 2071 visions.

Treaty of Lausanne, which was signed between Turkey and World War I allies of Britain, France, Italy, Japan, Greece and Romania in 1923, ended the Turkish War of Independence, scrapped the humiliating Treaty of Sevres imposed upon Ottoman government after its WWI defeat and determined Turkey's new borders.