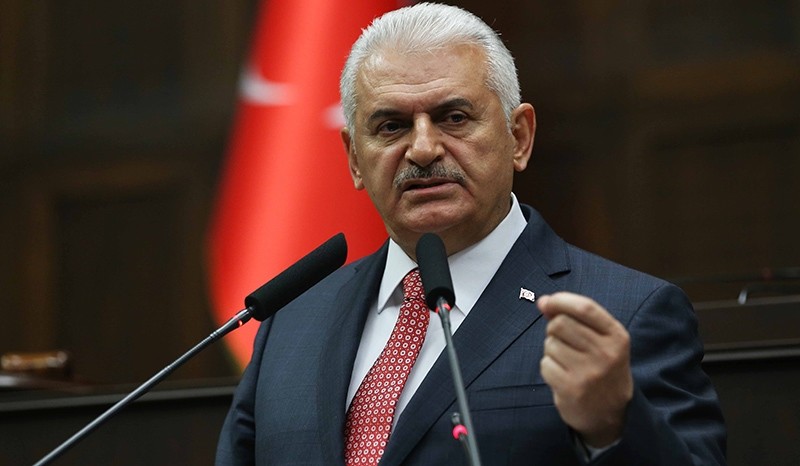 Prime Minister Binali Yıldırım said on Friday that Turkey will close Akıncı Air Base, which was used by Gülenist coup plotters during the July 15 failed coup attempt.

Speaking in Ankara, Yıldırım announced that Akıncı Air Base, which was used by rogue soldiers affiliated with the Gülenist Terror Organization (FETÖ) will be closed, as well as the military barracks in Istanbul and Ankara city centers used by coup plotters, whom he referred to as 'traitors.'

"We will shut all barracks that dispatched tanks and launched helicopters," Yıldırım said and added: "The enemy is not in Ankara or Istanbul" as he criticized the perpetrators of the coup for using tanks, helicopters and weapons bought by people's taxes against the people.

Meanwhile, Interior Minister Efkan Ala said on Friday that as part of the investigations launched into FETÖ 18,044 people have been detained, while 9,677 have been arrested. In addition, the passports of 49,211 people have been cancelled, he added.

Fethullah Gülen, who lives in self-imposed exile in the U.S. is accused of a long-running campaign to overthrow the state through supporters within the Turkish institutions, particularly the military, police and judiciary, forming the parallel state.