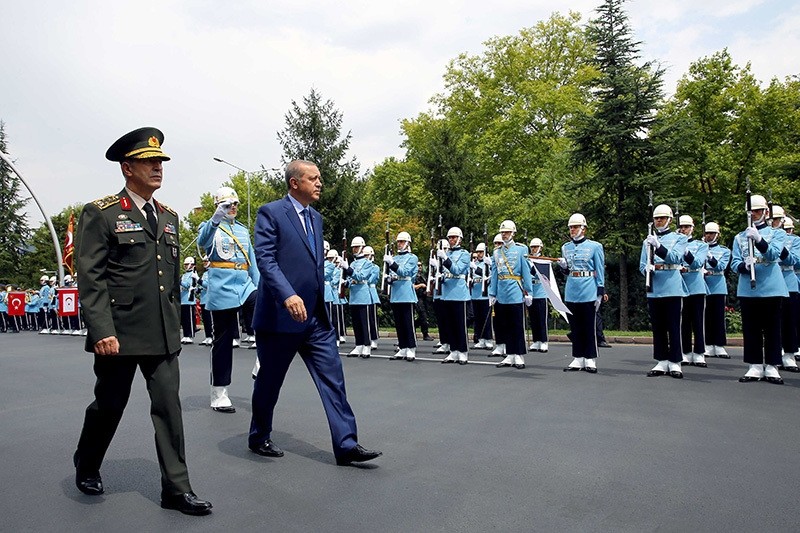 President Erdoğan was greeted by Chief of Staff Hulusi Akar, who was detained by force and asked to join the putschists during the coup attempt.

The visit lasted about 2.5 hours. Erdoğan is later expected to visit former Gendarmerie Commander Galip Mendi, who remains hospitalized since the coup attempt.

The General Staff headquarters was among the primary targets on the coup-plotting soldiers during their attempt.