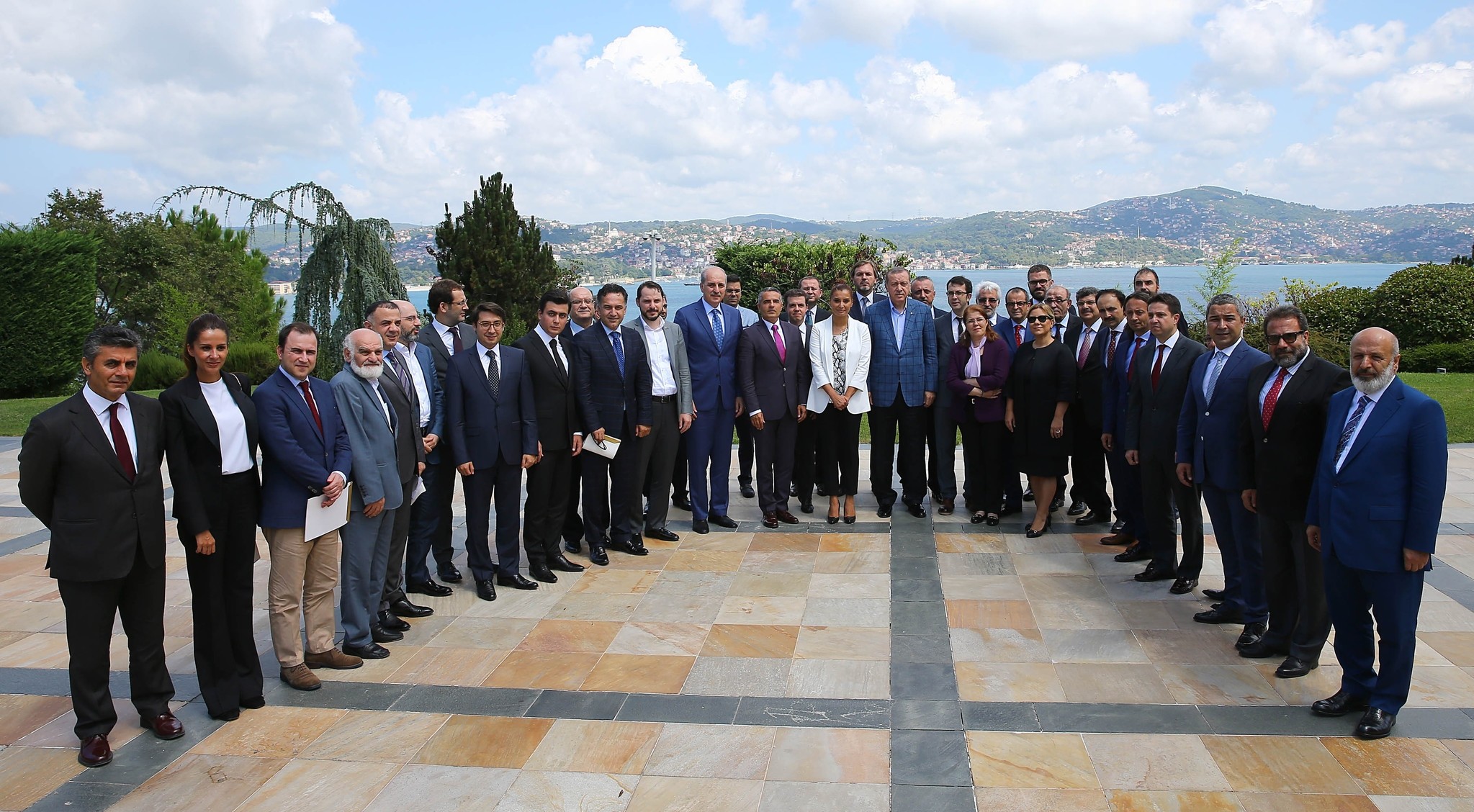 "I'm obliged to appreciate the determined stance of media" Erdoğan said at the meeting held in Huber Mansion in Istanbul, noting that the ones who wanted to bring Turkey to its knees faced with a more determined country on July 16.

Erdoğan said that he still does not believe that the attempt has fully been quelled, adding that the government will continue to be on alert.

Erdoğan told that after he landed in Istanbul on early July 16, he moved to a guesthouse, where a crisis desk had been set up. He said that F-16 jets low passed over the guesthouse several times. "If they were carrying munitions, they would have dropped them" he said.

Akıncı Air Base, the headquarters of coup plotters, was not bombed in the beginning despite orders, Erdoğan said, and the order was later carried out by forces stationed at Eskişehir Air Base. He noted that the coup attempt collapsed when Akıncı was bombed on early July 16.

"Everybody rushed to squares; we have a very special nation. It is not possible to cope with the ones who believe in democracy with tanks, artillery," Erdoğan stated, noting that he is happy to see the government, opposition and all segments of the society together at the rally that will be held in Istanbul's Yenikapı Square.