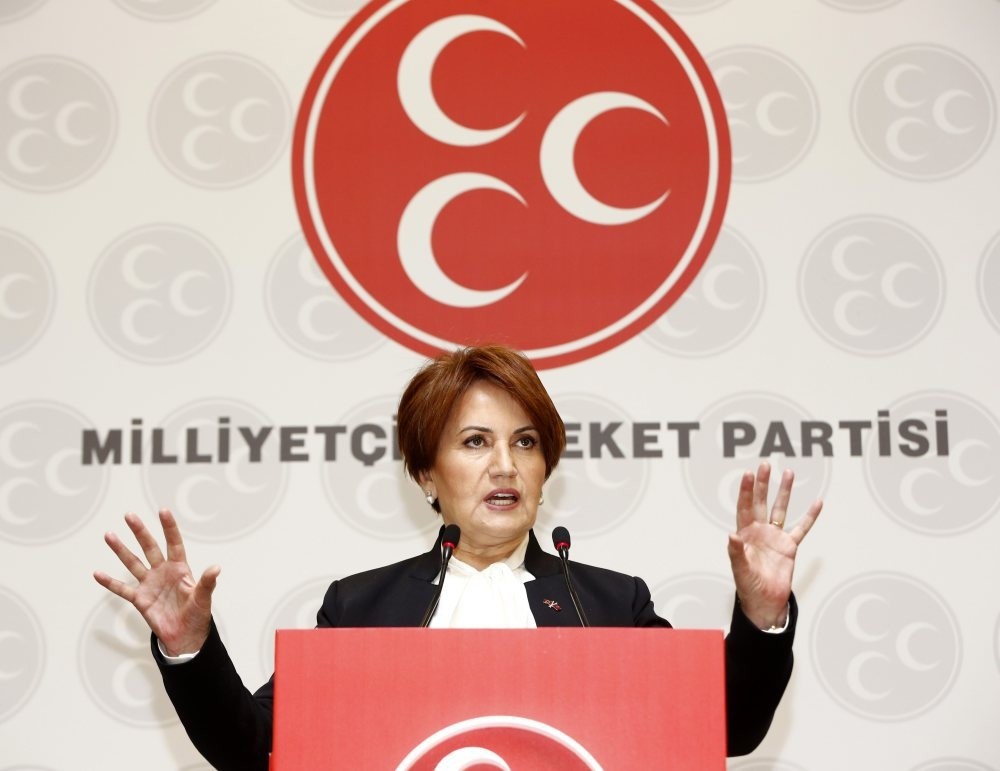 A former senior Gülenist revealed that the MHP's leading dissident, Akşener, was appointed interior minister in 1996 on order from FETÖ leader Gülen, cementing doubts about her links with the terrorist organization which allegedly led the forging of a dissident front in the party

As the government's operations against the Gülenist Terror Organization (FETÖ) continue, a former senior Gülenist figure, Nurettin Veren, claimed in a TV program late on Saturday that the leading dissident of the National Movement Party (MHP), Meral Akşener, was appointed interior minister in 1996 upon a demand from U.S.-based FETÖ leader Fethullah Gülen. The MHP had serious intra-party divisions with party dissidents aiming to hold an emergency convention to oust current MHP Chairman Devlet Bahçeli.

While MHP dissidents aimed to hold the convention, MHP Deputy Chairman Semih Yalçın made claims in early May that 28 holdings affiliated with Gülen directly supported Akşener in her run for the MHP chairmanship. Shortly after Yalçın made these remarks, a MHP dissident and leadership candidate, Koray Aydın, claimed that Gülenists backed Akşener at the convention, which the dissidents had organized.

Veren claimed on CNN Türk that former Prime Minister Tansu Çiller had appointed Akşener interior minister upon an order from Gülen, and that Akşener had sent a letter to Veren expressing gratitude and warm regards following her appointment. Although Akşener was not a parliament member during Çiller's term as prime minister, Veren's claim points out that Akşener became a minister immediately. Along with Akşener, Veren claimed that Gülenists similarly backed former ministers Işılay Saygın and Ufuk Söylemez during the 1990s when they were appointed.

Bahçeli has long supported the government's struggle against FETÖ infiltrators. During the recent conflict regarding the chairmanship, Bahçeli claimed that a candidate was used as a political tool by the movement in December 2015, saying: "There is a candidate who joined the MHP as a political figure from the Gülen Movement." Even though Bahçeli did not name this "political tool," Akşener quickly dismissed the claim that she was the "tool," adding that she would "proudly have said if she were." In a speech in April, Bahçeli claimed that Turkey was finished with FETÖ's plots, and said: "I stress wholeheartedly that we will not give credit or lend support to political designs that originate overseas."
Last Update: Aug 08, 2016 1:06 am
RELATED TOPICS