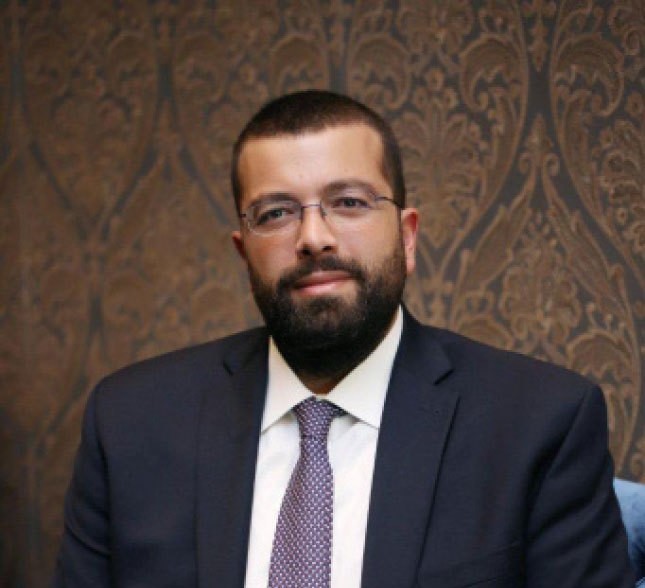 Ahmad Hariri
by Elif Petek Samatyalı Aug 18, 2016 12:00 am
General Secretary Ahmad Hariri of Lebanon's Future Movement Party, which currently has the most seats in the Lebanese Parliament, said during his visit to Turkey on Tuesday that the Lebanese government fully supports the Turkish government and the ruling Justice and Development Party (AK Party), following the failed coup attempt on July 15.

Commenting on Turkey's fight against the Gülenist Terror Group (FETÖ): "For sure, we are standing by with our allies in Turkey, if there is anything in Lebanon that Turkey needs, it can contact the government directly and it can be done." Hariri added that Lebanon so far has not identified any FETÖ elements.

"The democracy in Turkey, as well as the economic system and the political spectrum here, are something that we hope to see in Lebanon and in Arab countries," Hariri said, adding that the Lebanese Future Movement Party is aiming to take the ruling AK Party as an example, by prioritizing economic development and achievement. Stressing that improving public access to services is a priority, Hariri added that, "the Turkish system that Mr. Erdoğan established is a great example for the welfare of people."

Commenting on Turkey's role in the region, he said, "We cannot think about an Islamic world without Turkey." Hariri said that Turkey's economy influences the region, adding that Turkey plays a major role in the Middle East as one of the main players in strategic relations, as well as Russia, Iran and the U.S. Underscoring that Lebanon is proud of Turkey playing an important geopolitical role in the Middle East, "Turkey helps us balance other players in the region that want to have power in the Arab region: namely Iran and Russia."

Touching upon the normalization process between Turkey and Israel, Hariri said: "I don't think that we can arrive at a solution without putting pressure on Israel in the international community, namely the U.S. and the EU. But we think that in this way, Turkey may pressure Israel."

Hariri addressed Turkey's role in the Syria issue, saying, "In helping the Syrian people to gain freedom, we look at Turkey as a major power that can achieve this goal." Hariri mentioned the 1.5 million refugees in Lebanon, adding that the Syrian people are in good hands as Turkey is negotiating for a solution, since Turkey makes sure that ethics and honesty are seen in this process.