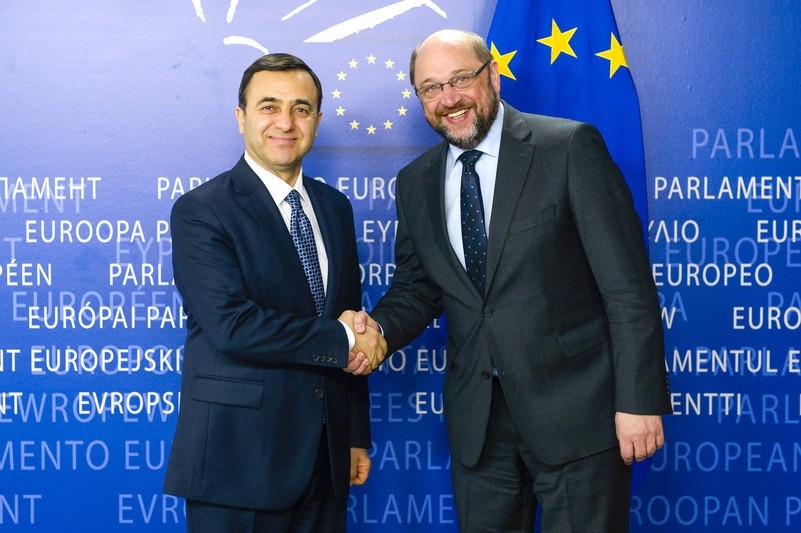 The EU director of The Turkish Confederation of Businessmen and Industrialists (TUSKON), one of the most active Gülen-linked groups, openly confessed that they "particularly targeted" Belgian MEPs who had opposed Turkey's EU accession.

Tuskon's EU director Serdar Yeşilyurt said that they had 'curried favour with' the centre-right EPP which is the largest group in the EP.

In a recent report published on EUobserver, Yeşilyurt revealed that the business group has funded trips to Turkey for European parliamentarians and paid a considerable amount of money to have access to senior EU officials along with many other lobbying activities.

Yeşilyurt also said that they had organized over 100 meetings in Brussels and some in Turkey.

These meetings were not mere gatherings; they were panels, conferences, discussions and delegations, he revealed.

Tuskon sponsored a range of projects and events like these, including a Turkey project at Brussels think tank the European Policy Centre (EPC) "in which it had a say on the selection of speakers at related events" for ), for a catch: about €40,000 a year.

Yeşilyurt said that it was a good deal and that the money covered about 10 EPC events a year.

Rızanur Meral, the head TUSKON, is also seen shaking hands with none other than the EP's no.1 man, Martin Schulz.

Rızanur Meral, the head of TUSKON, who is believed to be abroad, was recently among 23 suspects to be sought by the police for funneling "himmet" to FETÖ. Himmet is the word given for donations to Gülenist charities, which are accused of transferring money for the personal use of FETÖ cadres.

TUSKON was also accused of funding dozens of trips to Turkey for European parliamentarians. British politician Sir Graham Watson, the president of the Alliance of Liberals and Democrats for Europe Party (ALDE Party), had also participated in Gülenist-funded trips and allegedly has close ties with prominent Gülenist figures.

The Gülen Movement has previously conducted lobbying activities against the government in significant capitals such as Washington, Brussels and Strasbourg, which has adversely affected Turkey's foreign politics.

Meanwhile, Yeşilyurt and the director of the Intercultural Dialogue Platform (IDP) Ramazan Güveli denied that there was a 'Hizmet' or Gülenist "lobby" in Brussels, rather calling it "a loose fellowship of people who share the ideas of Gülen".

Besides the IDP, not many of the groups found to be linked to Gülen openly affiliate themselves with the 'Hizmet'(service in Turkish, what Gülenists call their movement).

Some MEPs found Gülenist influence in Brussels to be rather coordinated and political, much more than what the group's supporters have claimed.

Marietje Schaake, a Dutch liberal MEP said that the group had made a strong lobby effort, but hadn't always been transparent when promoting their ideas.

'Gülen and deceiving the EP'

Turkey's EU ambassador, Selim Yenel on August 11 had appealed for understanding from allies in Europe and at the NATO military alliance, saying that "we're very lucky" the July 15 coup attempt by Gülenists was botched.

He later told the EUobserver that it was hard to explain to non-Turks the danger the Gülenist terror-cult posed to the democratically elected government.

"But every day there is new evidence showing how extensively he [Gülen] was able to put his people everywhere, how generals, judges, ambassadors can be so beholden by a person, how much anger and fear they caused," he said.

Yenel said that the Hizmet posed as an intellectual and reformist group, deceiving MEPs, when, in fact, their aim was to create an Islamic state modeledon Gülen's own ideas.

"Some MEPs were ready to believe anything about him, especially when the criticism came from Turks."

Referred to as the Gülenist terror-cult (FETÖ), the movement is seen as a threat to Turkey's national security. It has been accused of infiltrating state institutions in Turkey and attempting to overthrow the government.