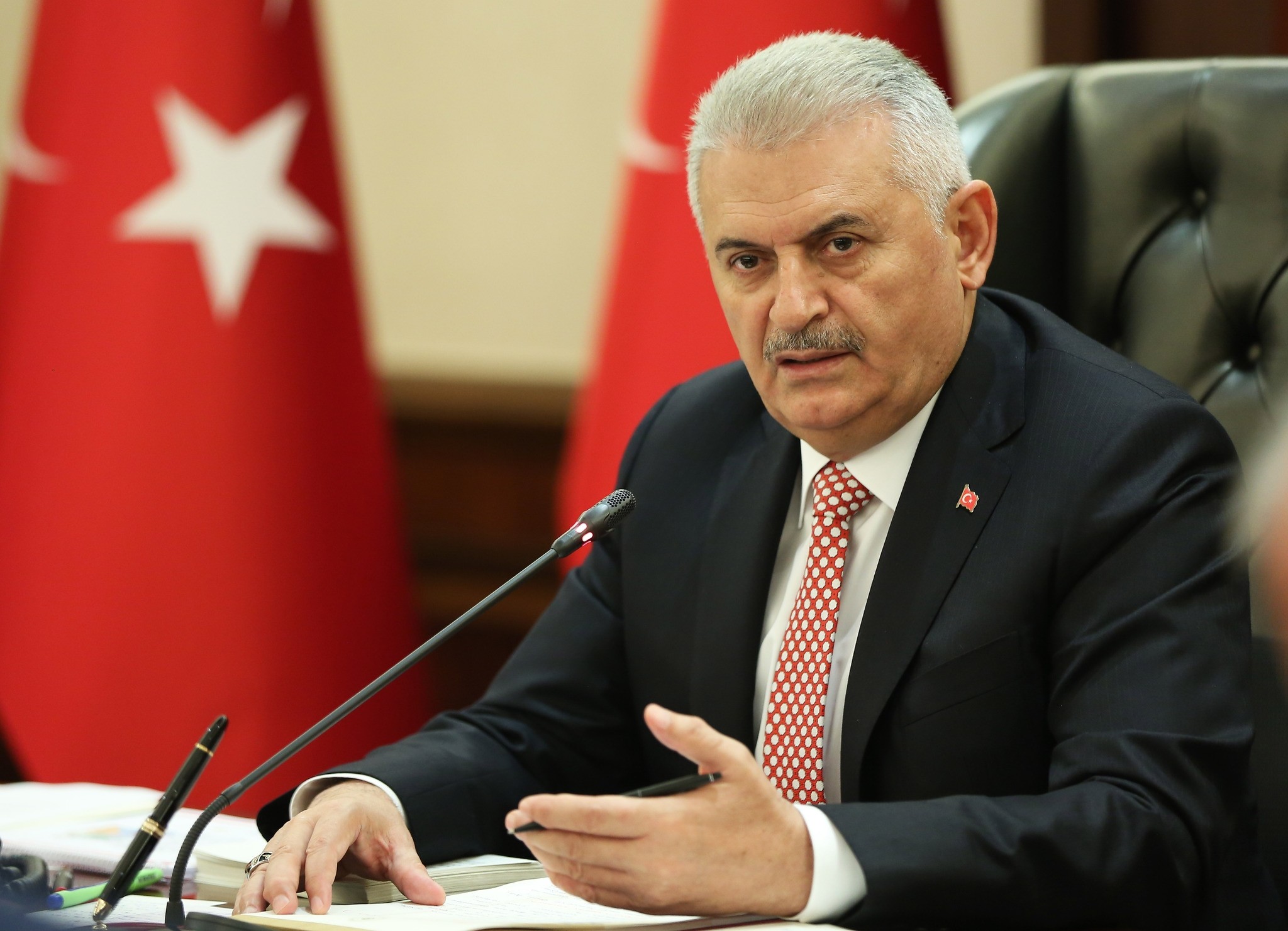 Turkey’s 65th government has marked its 100th day as PM Yıldırım vows to sustain domestic order by maintaining a determined stance in the fight against all terror groups, including PKK and DAESH

Prime Minister Binali Yıldırım convened with the Cabinet at Çankaya Palace in Ankara on Friday to mark the 100th day of Turkey's 65th government, vowing to sustain the country's security without making any compromises. Speaking at the meeting, Yıldırım strongly dismissed any possible reconciliation with the PKK terrorist organization, underlining that the solution lies with the citizens itself.

Touching upon many issues in his televised briefing with ministers, the premier said that Turkey was aiming to patch up strained relations with its allies while making no compromises in its fight against terror both inside and outside the country.

The assessment meeting on the first 100 days of the government was attended by all ministers as each of them also provided detailed information on the actions that they plan to take or have already taken.

As Prime Minister Yıldırım once more noted that Turkey aims to increase friends and lessen its foes, he stressed that there will certainly not be any loosening on the counter-terrorism fight.

Yıldırım stated that there have been 25 stolen vehicles found during operations held in the last month to be used as bombed vehicle. He underlined that 52,000 DAESH suspects from 145 countries have been restricted from entering Turkey as well.

Continuing on by announcing that he is to visit southeastern province of Diyarbakır on Sunday, Yıldırım also said "East Southeast development action plan will be presented to the citizens of Diyarbakır. Uniting East and West is also uniting the nation. We will be there to discourage the terrorists."

Asserting that the terrorist PKK has squandered the opportunity for a political peace process with Turkey after launching a spate of attacks in the country's east and southeast, Yıldırım said that security forces had contained the PKK threat in urban areas of the southeast and were still pursuing them in rural regions.

He also informed that the government has spent TL 10 billion ($3.4 billion) on the fight against terrorists, adding that any mayors found backing militants would be removed.

Though he did not did not give a timeline for restoring ties with either of the Arab nations, Prime Minister Yıldırım said that Turkey would like to see normalization in Egypt and Syria so that Turkey can also better its relations with these countries.

Commenting on economy, Yıldırım stated that there have been significant efforts made in the Ministry of Economy as he stated that Turkey's Sovereign Wealth Fund (SWF) has been established.

"There is no [economic] growth in the world, as the world is becoming poor. Despite these circumstances, Turkey is listed as the second or third largest country out of five to have growth. Though we have terror and the July 15 failed coup attempt we have dispelled all and our economy is upstanding,"Yıldırım added.

Yıldırım also offered his condolences over the death of Uzbek President Islam Karimov.

"Uzbek President Islam Karimov has passed away. May God's mercy be upon him, as the Turkish Republic we are sharing the pain and sorrow of Uzbek people," he said.