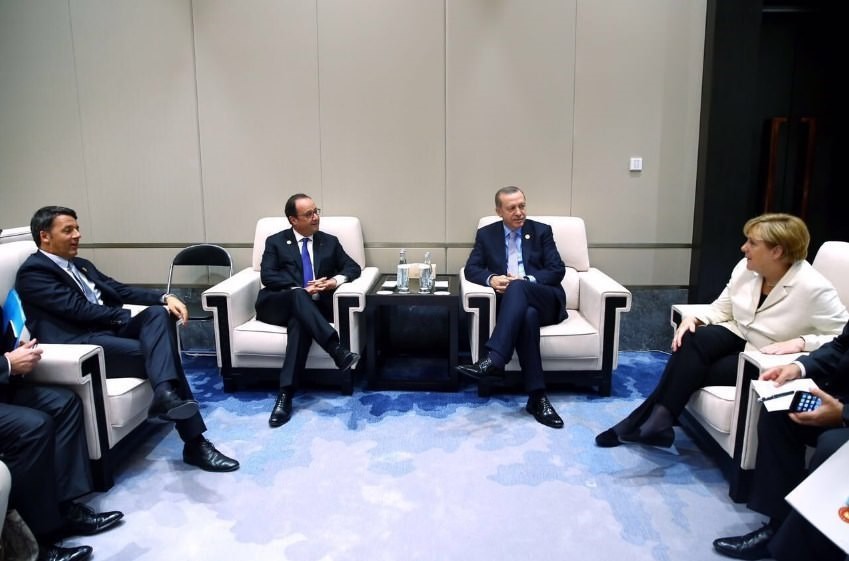 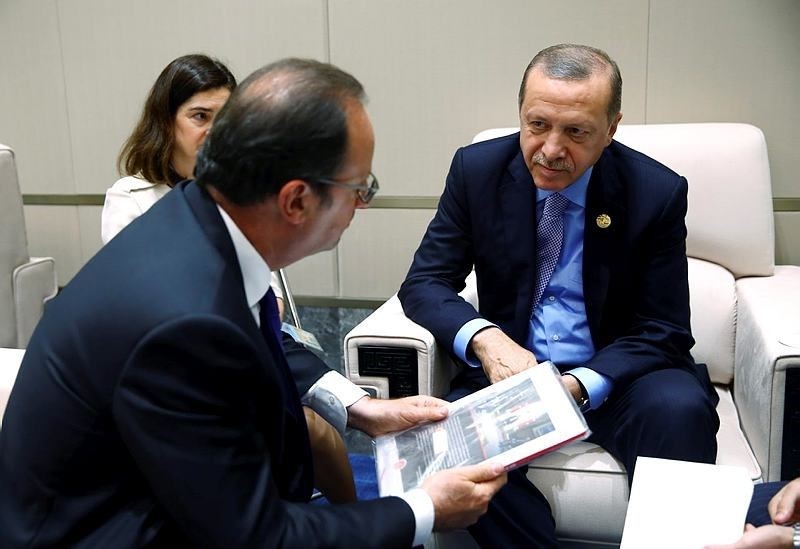 The four leaders held a closed-door meeting as the Chinese President announced the end of the summit.

President Erdoğan and his French counterpart Hollande held a meeting together, where the Turkish president gifted him a book about the July 15 failed coup attempt by agents of the Gülenist terror-cult in Turkey, which killed over 240 people and injured over 2,000.

Meanwhile, the President also held a meeting with Canadian Prime Minister Justin Trudeau on regional issues and bilateral ties between the two countries.

My thanks to President @RT_Erdogan for the constructive meeting on regional issues & the Canada-Turkey relationship. pic.twitter.com/qfzpCYsQB5

Erdoğan also held a press conference before his departure from China, expressing his content for the overall results of the summit.