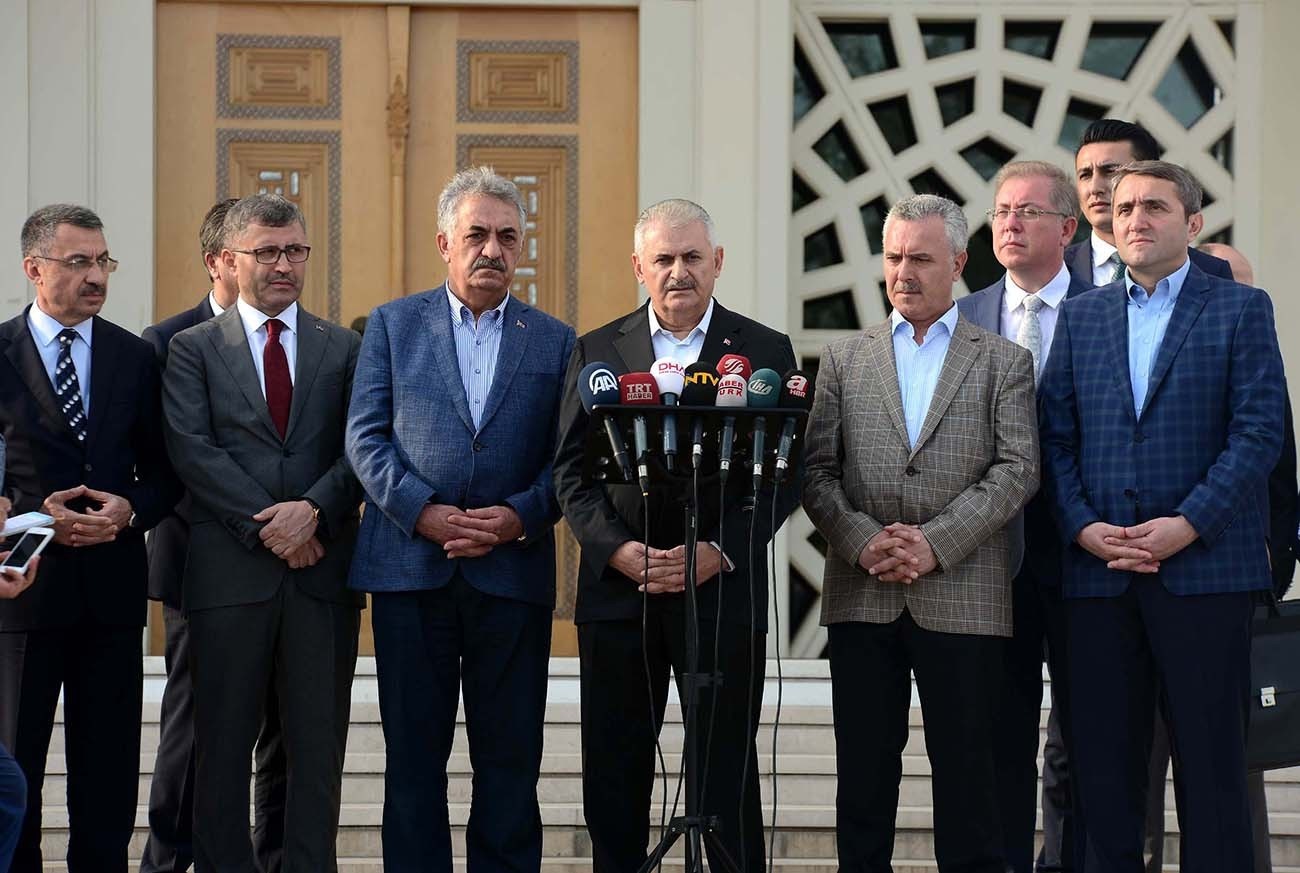 Turkey's Prime Minister Binali Yıldırım issued a message of unity and solidarity for the Qurban Bayram (Feast of the Sacrifice), also known as Eid al-Adha, after attending the bayram prayer in Istanbul's Marmara University mosque on Monday.

"No power would succeed in dividing Anatolia and Turkey and its honorable nation which have been living independently for thousands of years," he said

He expressed his hope for a happy and peaceful bayram celebration.

Pointing out that this was the first bayram celebrated since the deadly July 15 coup attempt, Yıldırım remembered those who lost their lives in the attacks of the Gülenist terror cult (FETÖ).

He also had a thought for all those killed in the terror attacks of the PKK terror organization across the country.

Yıldırım also addressed the appointment of administrators in 28 municipalities, where mayors were earlier discharged for supporting the PKK and FETÖ terror groups.

The prime minister said that all the affected municipalities had turned into logistics centers for the PKK terror organization.

"They were involved in an illegal activity of transferring state funds and citizens' taxes to the terrorist organizations rather than spending them on improving the city," he said.