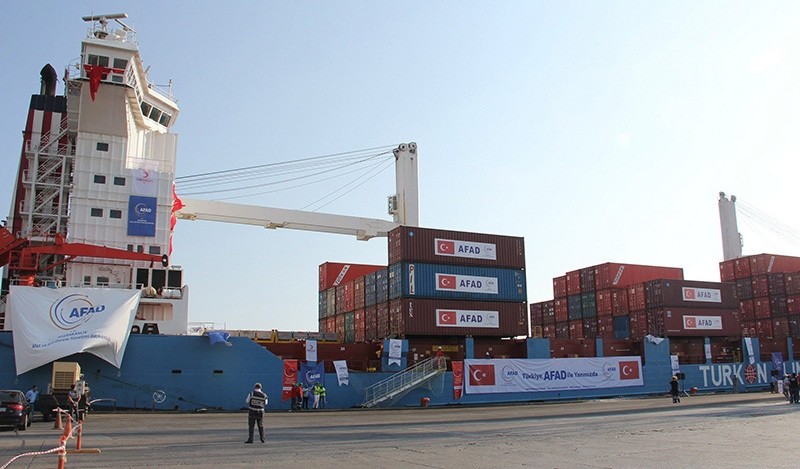 Turkey will keep up the delivery of humanitarian aid to Gaza, Prime Minister Binali Yıldırım told Hamas leader Khaled Mashal on Tuesday, a source in the prime minister's office said.

In a telephone call with the leader of the group that controls the Palestinian enclave, Yıldırım said Turkey would always stand with the Palestinian people, the source said on condition of anonymity due to restrictions.

Since 2007, the Gaza Strip has suffered a joint Israeli-Egyptian blockade that has deprived the enclave's roughly 1.9 million inhabitants of their most basic needs, especially food, fuel, medicine and construction supplies. The latest influx of Turkish aid into Gaza comes within the context of a deal signed recently between Turkey and Israel in which the two agreed to restore diplomatic relations following a six-year hiatus.

Humanitarian aid put together with the assistance of 14 Turkish NGOs under the coordination of the Prime Ministry Disaster and Emergency Management Authority (AFAD), has reached Gaza before Qurban Bayram (Feast of the Sacrifice), also known as Eid al-Adha