Turkey, US, Iraq trying to resolve disagreements on Mosul operation 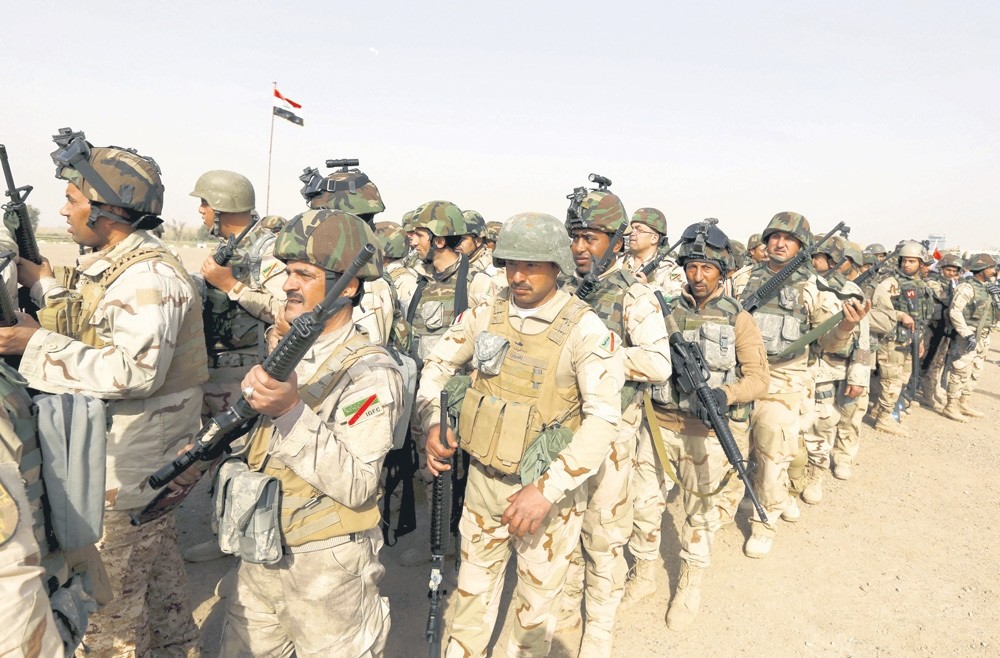 While the U.S. deploys more troops for a possible ground operation to Mosul to liberate the city from Daish, diplomatic talks between the U.S. and Turkey have recently become more frequent. Preventing the PKK from taking part in the operation and avoiding threats against Iraq's territorial integrity are Ankara's top priorities

The U.S. Defense Secretary Ash Carter announced on Wednesday that the U.S. will send additional troops to Iraq to support the Iraqi forces in the possible operation to liberate the city of Mosul from Daish control.

"The United States and the government of Iraq have agreed that additional U.S. and coalition capabilities could help accelerate the campaign at this critical phase. At the request of myself and Chairman Dunford, and with the support and approval of Prime Minister Abadi, President Obama has authorized approximately 600 additional U.S. troops to further enable Iraqi forces," Carter said in a statement on Wednesday.

Mosul is Iraq's second-largest city - and Daish's last major urban stronghold in Iraq, which was seized by the group, along with other territory in June 2014.

The statement added the troops will provide logistical and maintenance support, including training and assisting the Iraqi Security forces and the peshmerga forces, in the fight against Daish.

While the U.S. has more than 4,500 troops already in Iraq, Washington's decision came about after Iraq's central government requested additional support from the Obama administration on Wednesday.

The possibility of an operation against Daish in Iraq's Mosul, as well as Syria's Raqqa, has recently increased with recent diplomatic talks between the U.S. and Turkey, after Ankara launched the Operation Euphrates Shield to back the Free Syrian Army (FSA) and successfully liberated the Daish-held regions in northern Syria from the terrorist group.

Ankara has reiterated its supportive position to Washington on liberating Mosul from Daish, in addition to the position of continuous support to Iraqi Turkmens in areas close to Mosul. However, Turkey also warned the U.S. that political sensitivities must be taken into consideration, particularly to avoid any possible sectarian threats between Sunnis and Shiites, as well as threats against Iraq's territorial integrity. On Wednesday, the U.S. Secretary of State Anthony Blinken said during an interview in Ankara that the PKK terror organization will not take part in the operation. Turkey says that it will support and cooperate in the operations to liberate Mosul, as well as Syria's Raqqa, from Daish but the PYD/YPG must not be included in the operations. While the U.S. sees the Democratic Union Party (PYD) and the People's Protection Units (YPG) in as "partners" in Syria against Daish, Turkey sees the group as terrorists, due to its organic links with the PKK. President Recep Tayyip Erdoğan has repeatedly urged the Obama administration to cut ties with the PYD/YPG, saying that if Turkey and the U.S. increase their cooperation in the fight against Daish, it will be more effective to fight the terrorist organizations. The PKK is recognized as a terrorist organization by the U.S., EU and Turkey.

On Sept. 27, commenting on the possible operations into Raqqa and Mosul, Foreign Minister Mevlüt Çavuşoğlu said: "It would be a huge mistake to include the YPG in Raqqa, when you [the U.S.] cannot even control them in Manbij. We [Turkey] have proven that local forces in Syria can be successful in operations against Daish in Jarablus and al-Rai while supporting and enhancing the local forces. We can apply the same strategy in Raqqa and other regions, even in Iraq and Mosul as well."

Meanwhile, the Iraqi central government's position and plan for the post-Daish plan has also become an issue of debate due to the possibility of sectarian tensions between Shiite and Sunnis.

Jamal al-Dhari, president of the Iraq National Project, also drew attention to the danger in an article penned for the New York Times on Sept. 26.

"The marginalization of the Sunni community has been a common theme since 2003. Former Prime Minister Nuri Kamal al-Maliki's political exclusion of Sunnis helped contribute to the rise of the Islamic State [Daish]. Today, there is a new prime minister, but the same disastrous policies. As the speaker of parliament, a Sunni Arab, acknowledged, the door is closed for Sunni Arabs to join the fight," he said. Criticizing Baghdad's previous strategies in fighting against Daish in Sunni populated areas, he added that deploying Shiite militias during Mosul's liberation might result in similar disastrous events such as Tikrit.

Speaking to Daily Sabah, Yusuf Özhan, ESMEDYA digital group editor-in-chief and an expert on Middle East affairs, said to avoid protests and bloody events similar to those in Anbar province during former Prime Minister Nouri el-Maliki`s rule, the Iraqi government must have an inclusive policy towards the Sunnis in Mosul in the post-Daish period.

Meanwhile, Özhan also said the operation will most likely take place in October and underscored that Daish`s strategy will play a big role in how the operation will continue. "If Daish gives up Mosul easily, then its strategy will be to wear out Baghdad on a longer period by carrying out continuous attacks against civilians, particularly in Sunni areas, in a way, punishing Sunnis for cooperating with the Shiite-backed government. On the other hand, if it does not give up easily, it will also move its battle to the suburbs from the urban areas. This is what the U.S. has not been able foresee at the moment."The operation on Mosul will be conducted by nearly 15,000 Iraqi security and local forces; however, it will also be supported by the U.S. and Kurdish peshmerga forces for logistical purposes. Meanwhile, the U.S.-led coalition forces are also expected to support the operation from the air.
RELATED TOPICS