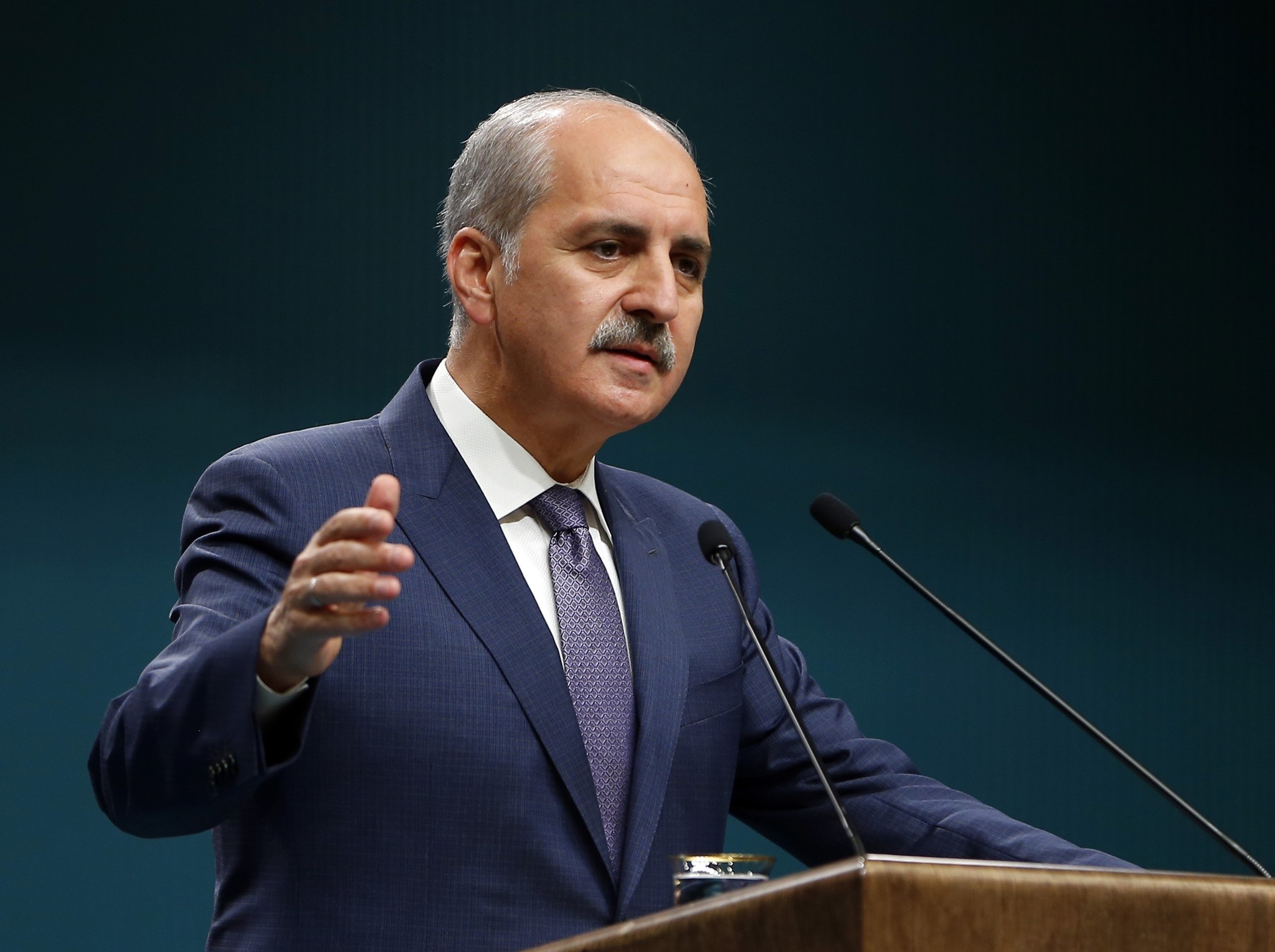 The state of emergency in Turkey will be extended for 3 months starting from October 19, Deputy Prime Minister Numan Kurtulmuş announced Monday.

Speaking to reporters after the Cabinet meeting, Kurtulmuş said the Cabinet followed the National Security Council's advice to extend the state of emergency to ensure the protection of Turkish democracy and rule of law.

Last week, Turkey's top national security body chaired by President Recep Tayyip Erdoğan said the three-month state of emergency imposed in the wake of the July 15 coup bid should be extended when it expires in October.

Speaking about Turkey's possible participation in coalition operations to liberate Mosul and Raqqa from Daish, Kurtulmuş said as a condition the terrorist groups PYD/YPG must be excluded from the operation.

The deputy PM also said that Turkey's presence in northern Iraq's Bashiqa camp has nothing to do with the liberation of Mosul from Daish, which he said can only be successful with local Arab elements.

Turkey has repeatedly said that it will support and cooperate in operations to liberate Mosul, as well as Syria's Raqqa, from Daish but the PYD/YPG must not be included in the operations. While the U.S. sees the Democratic Union Party (PYD) and the People's Protection Units (YPG) as its "partners" in Syria against Daish, Turkey sees the group as terrorists, due to its organic links with the PKK.

Meanwhile, Kurtulmuş also said that the government has submitted a file on the arrest of the leader of Gülenist Terror Group (FETÖ), Fetullah Gülen, who resided in the United States.

"Turkey expects the U.S. authorities to do what is necessary on the extradition of the figure leading FETÖ," Kurtulmuş said.

The failed July 15 coup attempt, which left 241 people dead and nearly 2,200 injured, was organized by followers of Gülen, who has lived in self-imposed exile on a 400-acre property in the foothills of the Pocono Mountains in Pennsylvania since 1999. Gülen has led a long-running campaign to overthrow the state through infiltration of Turkish institutions, particularly the military, police and judiciary, forming what the government has called the parallel structure.