UN has become a burden on humanity, President Erdoğan says 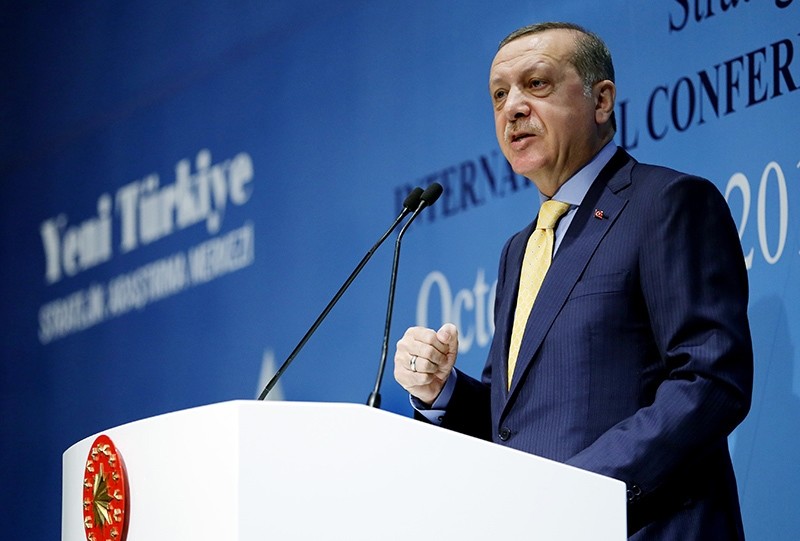 President Recep Tayyip Erdoğan on Monday called the United Nations 'a burden on humanity' due to its unfair structure and decision-making power, urging reform calls once again.

Speaking at the International Conference on Science and Technology in Ankara, Erdoğan said that the UN system is controlled by only five countries, even though there are 193 member states in the General Assembly.

"How can such a system bring justice?'' Erdoğan said, and added that temporary members in the UN Security Council rotated but did not have a say in the decision-making process.

He continued by saying that the UN is not based on fair representation of different countries throughout the world and does not establish justice and has become a burden.

Highlighting that there are no Muslim member-states in the UNSC, Erdoğan suggested temporary membership to UNSC to be removed, permanent seats increased to 20, ensuring that all 193 countries take equal turns.

Erdoğan noted that even though the issue of refugees was brought up at the last session of the United Nations in New York, nobody really embraces them.

He reiterated that Turkey will continue to fulfill its humanitarian duties regardless if the EU keeps its promise or not.