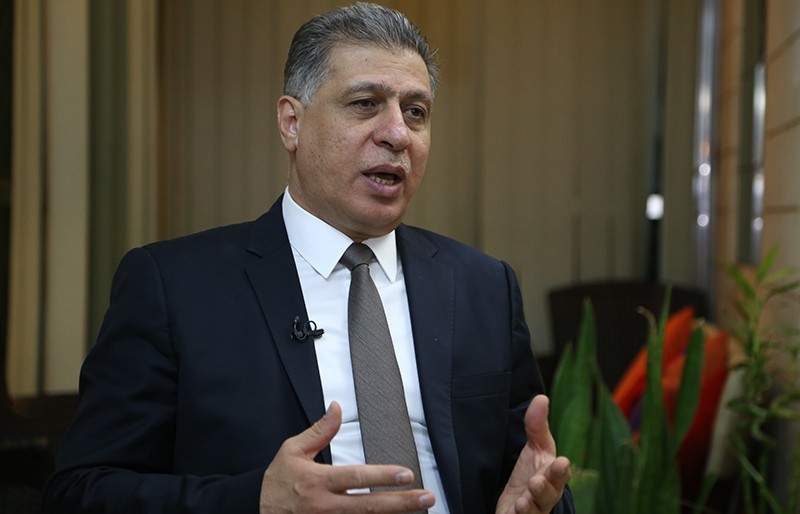 Problems between Iraq and Turkey should be solved diplomatically, an Iraqi Turkmen leader said on Friday.

Speaking at a press conference in Baghdad, Erşet Salihi, leader of the Iraqi Turkmen Front said Iraq's ties with neighboring countries are crucial.

"It's important for us that the recent problems between Ankara and Baghdad should be solved in diplomatic ways and Iraq has peaceful relations with its neighbors," Salihi said, citing the presence of Turkish troops at the Bashiqa camp in northern Iraq.

Salihi noted that protecting Iraq's sovereignty was the priority and added: "Some statements have translation mistakes, which caused them to lose touch with reality. Engaging in the official channels and the dialog between the two countries is important for us."

"Turkmen people can serve as a bridge between Iraq and Turkey," according to Salihi who went on to say President Recep Tayyip Erdoğan and Turkish leaders have never differentiated between Turkmen people as Shia and Sunni.

"Turkey had the [Shia] people injured in the explosion in Amirli and the chemical attack in Tuz Khurmatu, treated. Beside Turkmen people, Turkey also helped with the treatment of Shabak and Yazidis," he said.

"PKK is in Sinjar town in Mosul as well. The presence of PYD along with PKK has been damaging the ties between Iraq and Turkey as well as the national security of the neighboring countries."

"As the Mosul operation steps up, the central government should understand our concerns. PKK can reach until Tal Afar."

In mid-2014, Daish captured Mosul - Iraq's second largest city - along with vast swathes of territory in the country's northern and western regions.

In recent months, the Iraqi army has managed to retake much territory. Nevertheless, Daish remains in firm control of Mosul, which Iraqi officials have vowed to recapture by year's end.

The deployment - which has been criticized by some Iraqi politicians - was meant to provide protection to Turkish military personnel tasked with training Iraqi volunteers to fight Daish.