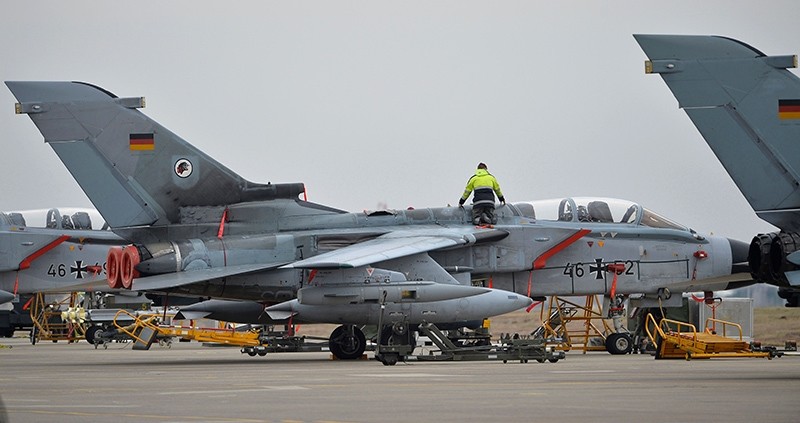 Tornado reconnaissance jets belonging to the German military, including the ones stationed in Turkey's İncirlik Air Base in Adana, have been grounded because of a technical defect, the military said on Friday.

In total, 39 of the country's 85 Tornado aircraft have been affected by the defect involving "loose screws on a monitor in the cockpit", DPA news agency reported, citing a Bundeswehr spokesman.

It is the second major embarrassment involving the aircraft after the army in January said the six Tornado jets used for reconnaissance missions over Syria couldn't fly at night because of a problem with the cockpit lights.

The six Tornados stationed at İncirlik Air Base in Adana, southern Turkey are among those that have been grounded over the latest defect, DPA said.

On Wednesday, a German parliamentary delegation consisting of six members visited German soldiers stationed at Incirlik Air Base, following months-long negotiations between the officials of the two countries.

The army spokesman was quoted as saying that the problem had been discovered on Wednesday and that it was not clear how long it would take to fix it.

The German army, which complains of being overstretched and underfunded, has been dogged by a series of equipments failures.

Its G36 assault rifle - which is being phased out - became the butt of jokes last year after reports it had trouble firing straight at high temperatures.

In another high-profile setback, the external fuel tank of one of its Eurofighter combat planes fell off as it was preparing for takeoff.