Membership of 3,896 CHP members at stake for failing to vote for the party 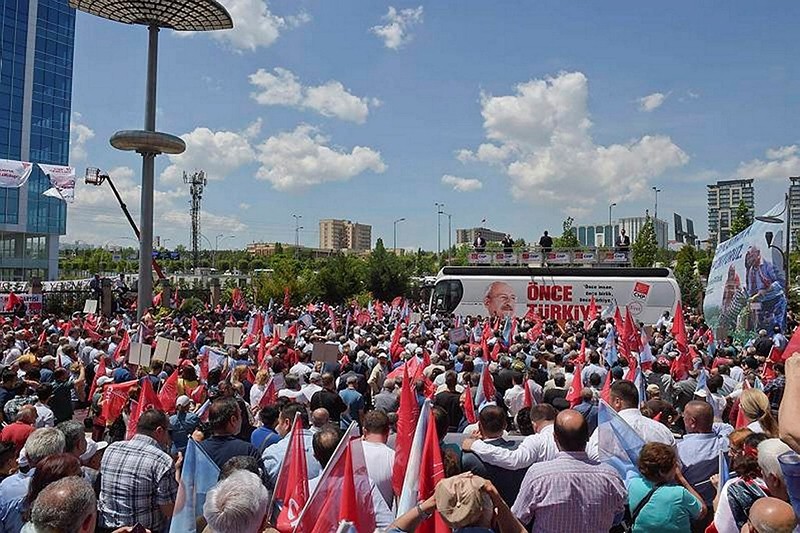 The main opposition Republican People's Party (CHP) is considering to dismiss almost 4,000 party members after it was discovered that the party did not receive any votes in some ballot boxes where the members casted their ballots.

According to reports, the CHP's head office found out the names of party members who did not vote for the party in the November 1 general elections and is preparing to dismiss their membership in the upcoming Central Executive Board (MYK) meeting next week.

A total of 3,896 CHP members failed to vote for their party in the elections, reports said.

CHP Deputy Chairman Tekin Bingöl, who is in charge of the party's organization, said that they conducted an investigation to find out the identities of disloyal party members and obtained concrete information.

"We believe it is justified to end the membership of those who do not properly carry the party identity and who abstain from voting for their own party'' Bingöl said and added that the party's main goal is to ensure that all party members actively embrace the party's membership mission.

"We will have a face-to-face interview to identify these people's reasons. If they don't have reasonable cause such as illness and mandatory travel they will be expelled from the party by decision of the MYK," he added.

"We want from our fellow members to participate in all party activities, this is our main goal." Bingöl said while adding that the CHP currently has 1.2 million members and that they would like to increase the number of CHP members who can provide positive contributions to the party.

According to official results from Turkey's Supreme Election Board (YSK) in the Nov. 1 election, the ruling Justice and Development Party (AK Party) achieved a stunning victory with more than 49 percent of the vote, and received 317 seats, while the CHP came in second with a slight increase in its votes, managing to secure 25.3 percent and 134 seats. But the party only managed to receive 600,000 additional votes when the total number of the Turkish electorate increased by 2.1 million this time round. The Nationalist Movement Party's (MHP) votes dropped from 16.3 percent to 11.9 percent and the party lost 1.9 million votes and secured only 40 seats, whereas the Peoples' Democratic Party (HDP) saw its votes drop by 900,000, going from 13.12 percent to 10.7 percent with 59 seats in Parliament.

Party chairman Kemal Kılıçdaroğlu described the election results as a failure on the part of the CHP.