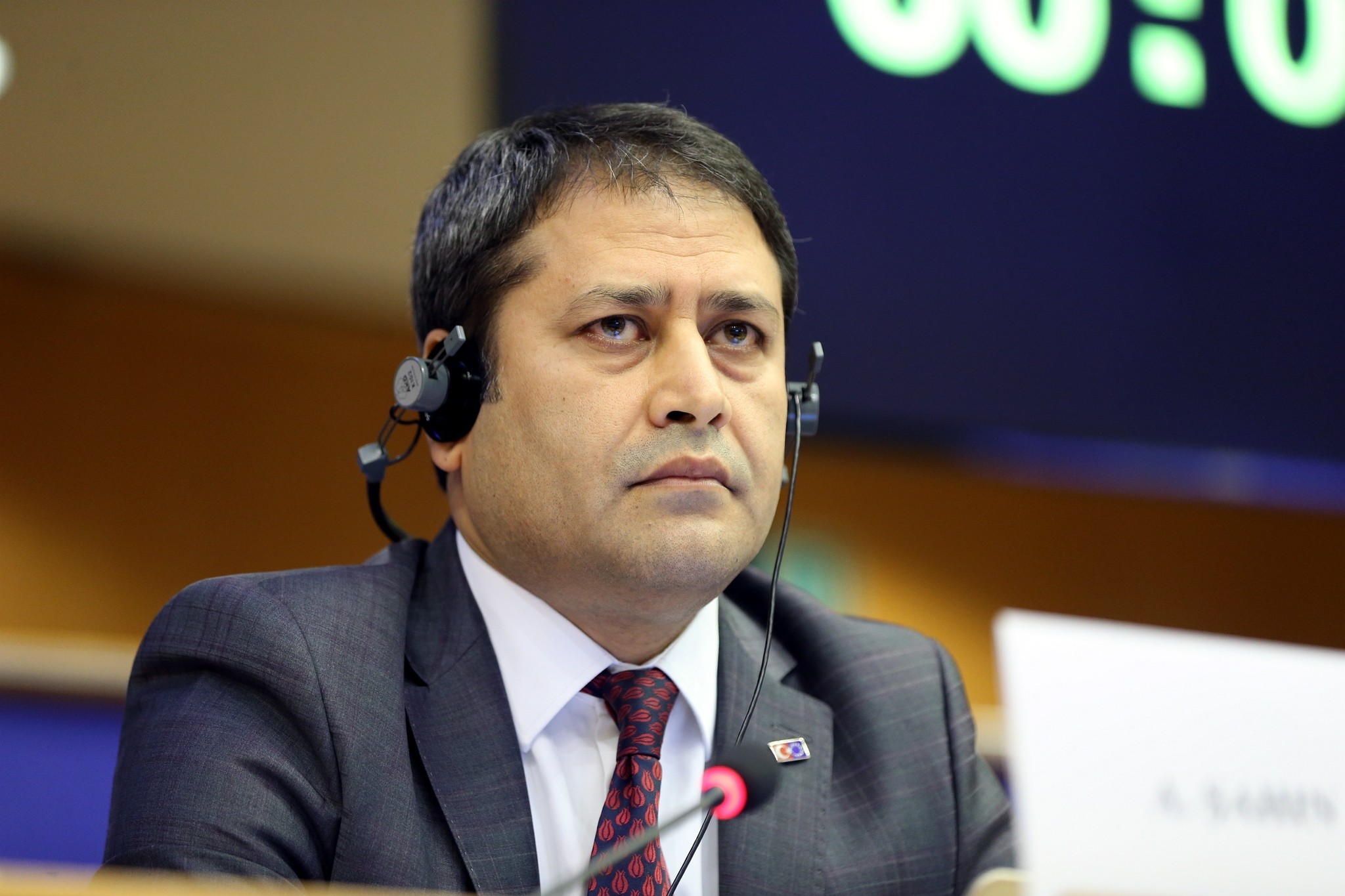 Deputy Minister for EU Affairs Ali u015eahin speaking at the plenary session of the European Parliament's Committee on Foreign Affairs and Subcommittee on Human Rights. (AA Photo)
by Daily Sabah Oct 12, 2016 12:00 am

Speaking at the plenary session of the European Parliament's Committee on Foreign Affairs and Subcommittee on Human Rights, Şahin said: "I feel ashamed that 'that night' you, our friends, Europe, said absolutely nothing. Let alone that night, we didn't hear anything from any of you on behalf of Turkish democracy and defending freedoms on the 2nd, 3rd day, or [even] the 2nd or 3rd week. Apart from a few, none of you made a sound."

Stating that Turkey had never experienced trauma such as that of the night of July 15, Şahin reminded everyone that the Turkish parliament was bombed multiple times that night and 241 people had lost their lives.

Underscoring that it was not just a basic coup attempt, he said that FETÖ had been infiltrating state institutions for nearly 40 years.

"It was a coup attempt by a rogue group of Gülen-linked soldiers embedded in the Turkish Armed Forces."

Regarding the arrests made as part of the coup probe, Şahin underscored that allegations claiming that detainees had no access to lawyers were 'utterly false' and added that the judicial process was still ongoing.

Speaking after Şahin, member of the EP and its Foreign Affairs Committee Chair Elmar Brok said that the coup attempt was a military intervention against the democratically-elected Turkish government and that 140 MP's in the bombed Turkish parliament that night narrowly escaped death.

Reiterating that he had visited Turkey after the coup attempt, Brok said that they had underestimated the things that went on during and after the coup in Turkey.

Despite these remarks, Serdar Yeşilyurt, the Brussels representative of the Turkish Confederation of Businessmen and Industrialists (TUSKON) which was closed for having links to FETÖ, and other Gülen-linked members were present in the session.

TUSKON, one of the most active Gülen-linked groups, had openly confessed that they "particularly targeted" MEPs who had opposed Turkey's EU accession.

The Gülen Movement has previously conducted lobbying activities against the government in significant capitals such as Washington, Brussels and Strasbourg, which has adversely affected Turkey's foreign politics.