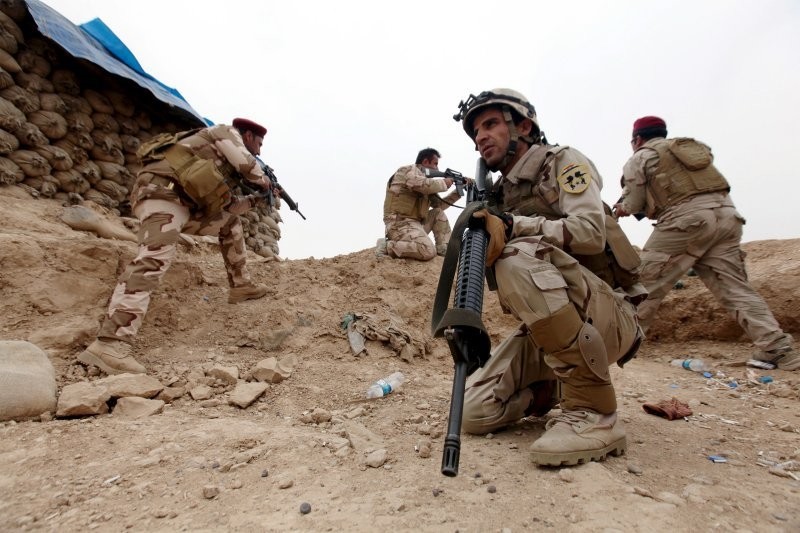 Turkey's foreign minister on Tuesday signaled rapprochement with Iraq following a dispute over the presence of Turkish troops in the run-up to the operation to liberate Mosul.

Mevlüt Çavuşoğlu spoke to journalists during a meeting of Organization of Islamic Cooperation (OIC) ministers in Tashkent, Uzbekistan.

"Instead of rhetorical remarks against each other, we have shown our understanding to put the question in its proper context," he said, adding that the argument over Turkish troops stationed at Bashiqa, northeast of Mosul, was an "artificial debate".

Delegations from Ankara and Baghdad would meet this week to resolve the issue, Çavuşoğlu said.

Turkey has a long-standing camp at Bashiqa, where it has trained Peshmerga and Iraqi fighters in preparation for the assault on Mosul, which began on Monday. However, Baghdad has frequently complained about their presence and last month a diplomatic spat erupted over the issue.

Çavuşoğlu insisted the Turkish force had been sent to Bashiqa "at the request of the local authorities" and said the dispute had been enflamed by sectarian attitudes.

He also reiterated Turkey's opposition to sectarianism, an issue relevant to Iraq because of claims that Shia militias have terrorized the country's Sunni minority in areas freed from Daesh.

"Turkey has supported Iraq's independent and territorial integrity more strongly than any other country," the minister said.

He further repeated concerns voiced over a possible surge in refugees from Mosul in the wake of the battle around the city and said efforts should be made to ensure no one was forced to leave their homes while taking measures to accommodate anyone fleeing.

"We wish and pray that this operation will be a good example for the unity of Iraq and will not lead to any further displacements on top of the hundreds of thousands of Iraqis displaced so far," he said.

He also condemned Israel's ongoing settlement policy and said the "ongoing cruelty against our brothers in the occupied Palestinian territory" would be among the issues discussed at the conference.

Founded in 1969, the OIC has 57 member states and works to protect the interests of the Muslim world.