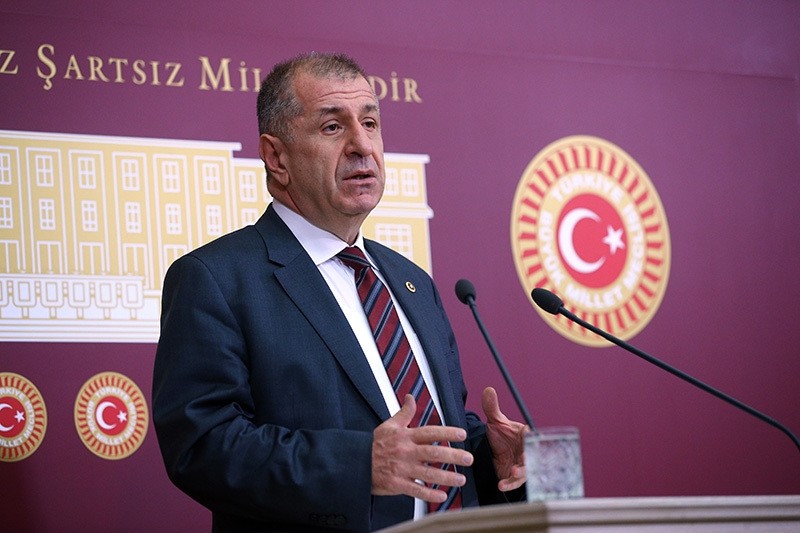 MHP's Central Discipline Board Chair Halil Öztürk said that Özdağ was referred to the board with accusations on violating the party bylaws on party members' duties and responsibilities along with provisions requiring expulsion.

Previously in September, another dissident candidate, former Parliament Speaker Meral Akşener, was expelled from the party.

MHP dissidents Akşener, Oğan, Özdağ and Koray Aydın had succeeded in changing party bylaws on June 19 that prohibit the election of a chairman at emergency conventions, after a long legal battle with the party administration led by current chairman Devlet Bahçeli. The party dissidents then agreed to gather another emergency convention on July 10, where they planned to elect a chairperson.

However, an Ankara civil court has issued an injunction on changes and rulings that were taken at the convention on June 19. Following the imposition of the interim injunction on the June 19 emergency convention held by dissidents, Çankaya's provincial election board declared that the MHP party's convention on July 10 cannot elect a chairperson.

The Supreme Election Board (YSK) rejected the objection from dissidents on June 28 and approved the Çankaya Provincial Election Board decision that the MHP convention on July 10 cannot elect a chairperson. Following this development, the party will hold a convention with election in March 2018 as declared by the party administration and chairman Devlet Bahçeli following the Nov. 1 elections.

The intra-party opposition started looking for ways to hold a congress following the November elections, in which MHP saw its votes dropping from 16.2 percent to 11.9 percent, which largely went to the Justice and Development (AK) Party, helping them regain their parliamentary majority to form a single party government.

The party lost 40 of its 80 seats in the parliament, even falling behind their arch rival pro-Kurdish Peoples' Democratic Party (HDP) in terms of seats. The election failure was largely attributed to 18-year long party chairman Bahçeli, and his uncompromising stance against all political parties during the inter-election period between June 7 and Nov. 1.

The opposition took the issue to court, which decided on April 7 in favor of congress and assigned three MHP members to lead the party to a congress. The MHP administration appealed the decision at the Supreme Court of Appeals.

On May 24, the Supreme Court of Appeals upheld an Ankara civil court decision giving the green light for an emergency convention.