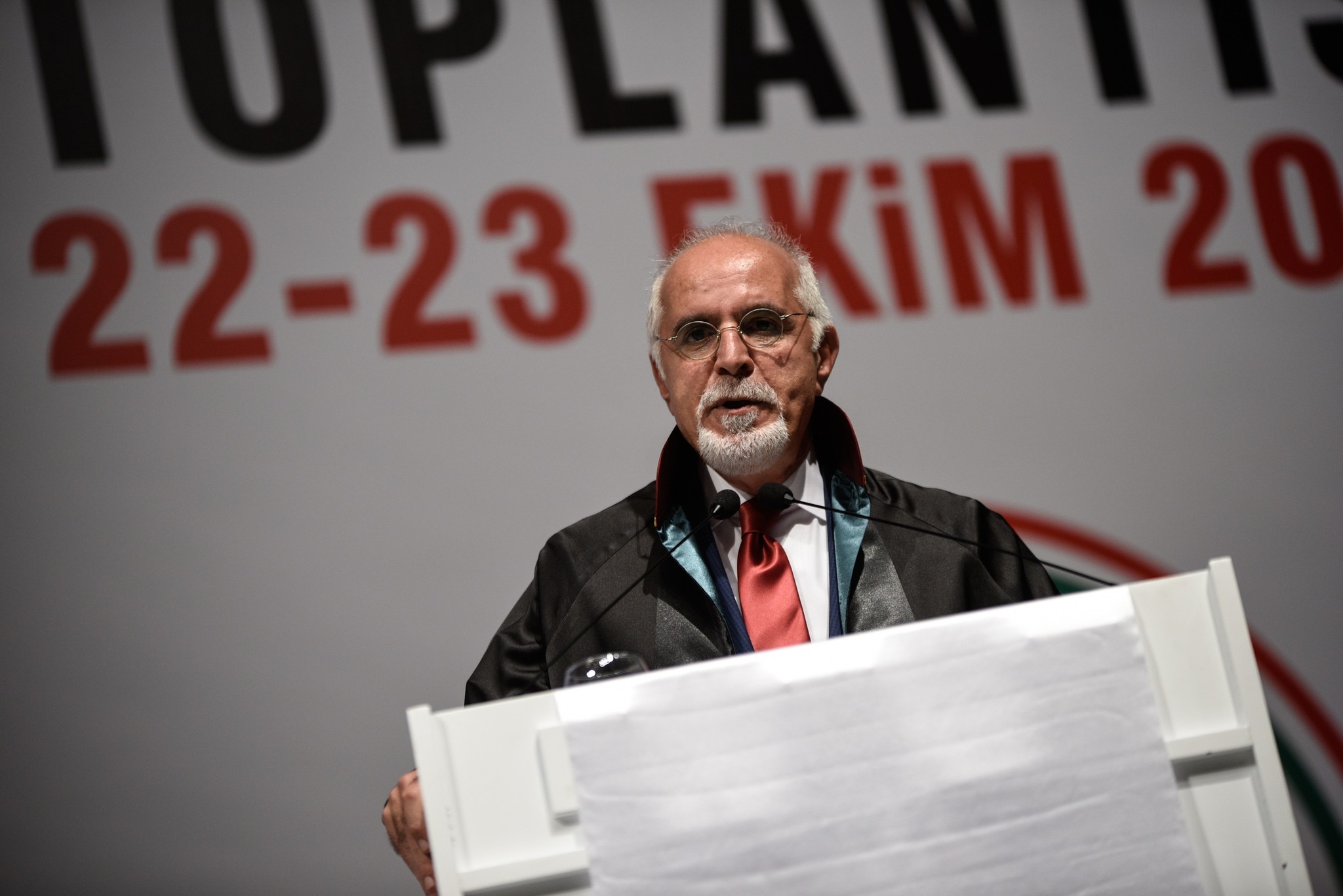 Mehmet Durakou011flu speaks before the Bar Association election at Haliu00e7 Conference Center in Istanbul on Sunday. (DHA Photo)
by Daily Sabah Oct 23, 2016 12:00 am

Mehmet Durakoğlu has been elected the new head of the Istanbul Bar Association late Sunday after receiving more than 50 percent of the votes.

Durakoğlu, who is representing the Principle Contemporary Lawyers Group in the bar, received 54.42 percent of the votes, scoring a sweeping victory against the four other candidates.

23, 921 out of 36,483 members of the Bar voted in the elections according to the final count. Durakoğlu received 13,019 votes while Several Ballıkaya Çelik came second with 3, 423 votes. Mehmet Sarı from the Superiority of Law Platform received 3,040 votes.