PKK is a terrorist organization, poses a threat to KRG, top US envoy says 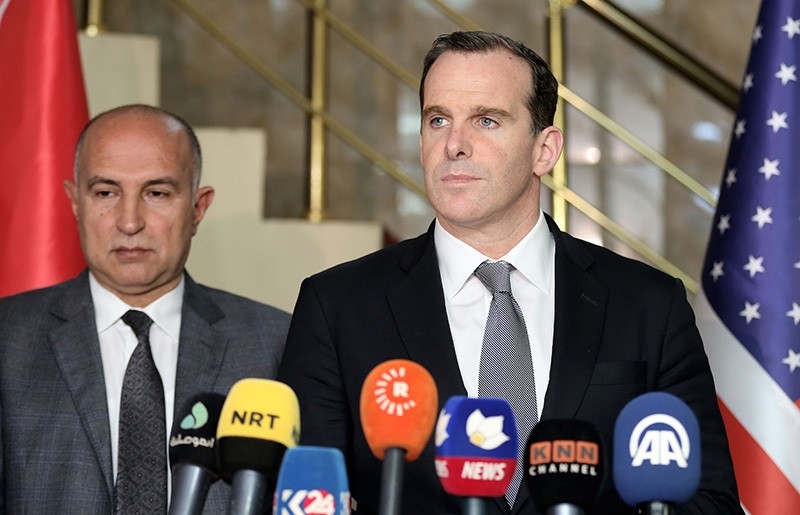 The U.S. Special Presidential Envoy for the Global Coalition to Counter Daesh Brett McGurk said that the PKK is a terrorist organization and poses a threat to Turkey and the Kurdistan Regional Government (KRG) in Iraq.

Speaking at a press conference in Baghdad, McGurk highlighted the threat posed by the PKK, which is recognized as a terrorist organization by Turkey, the U.S., and the EU.

McGurk was criticized for meeting with forces from the Kurdish-Arab Syrian Democratic Forces (SDF) alliance, which is led by YPG.

The U.S. support to the YPG, and partnership in the fight against Daesh, has negatively affected its relations with Ankara, as Turkey, a NATO partner and a strategic ally of Washington, sees the group as a Syrian offshoot of the PKK terrorist group.

Ankara has reiterated numerous times that the YPG terror group consists a threat to Turkey's national security along its southern border due to its links with the PKK and that it will not allow establishing a YPG-controlled area to stop the spread of terrorism in the region.